Since 2015, Yokoteen has been creating his vision of the world with his signature characters, surrounded by lucious and tranquil scenes of blue waters and crashing waves. Aimed at expressing a desired unity of all mankind, his paintings have earned him international praise with works in multiple institutions and renowned private collections. 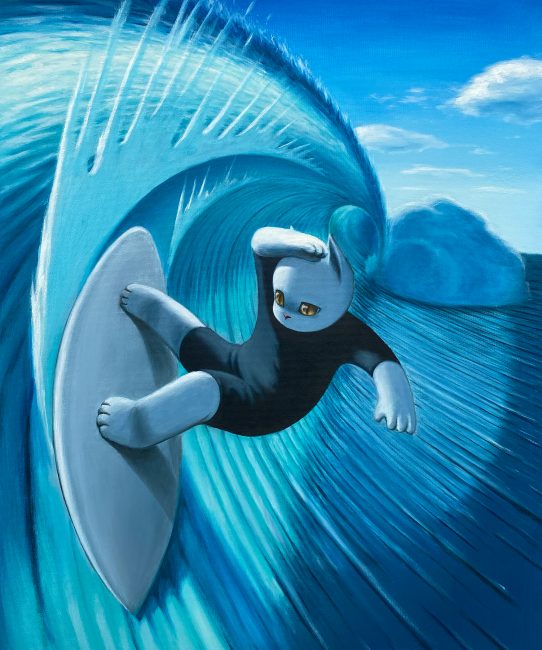 Yokoteen’s “Friends In Paradise” series is the culmination of years of experimentation in both technique and subject matter. Focused on his feline figures, each work portrays the cats in serene Hawaiian landscapes, either surfing or floating in solitude, as a nod to our individualism, and at times, isolationist attitudes towards our relationship with the world at large. Using non-human motifs as his subject matter, Yokoteen attempts to create a bridge between self identity and our identity as a human family by not conveying a specific race or gender. Instead, the viewer is offered the opportunity to float alongside his figures, and experience the same sense of calm and peace that they do in the work. Through this series, it’s Yokoteen’s goal to create a positive vision of ourselves, in a way that we relate to one another, and promote cooperation, diversity, and prosperity. 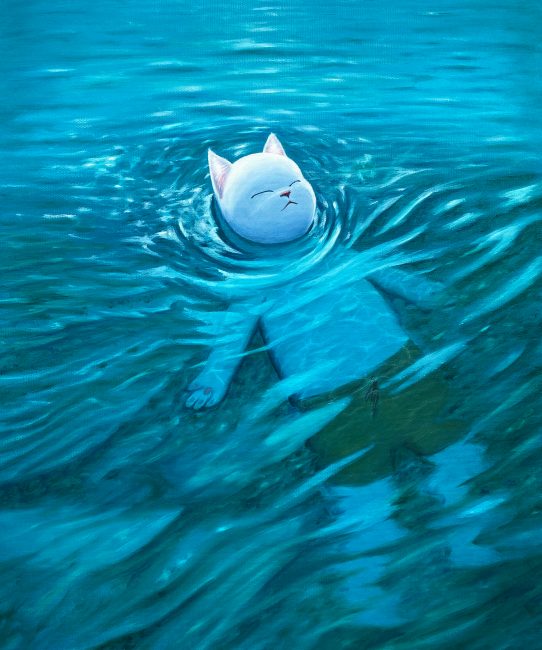 “Through the works, messages such as freedom, peace, cooperation, and diversity are included.In recent years, I have been working on wave works, and I would like to express the power and transparency of the sea.” – Yokoteen

When you hear the word oil painting, many people may feel a heavy image, but I hope you can feel the oil painting more closely.” 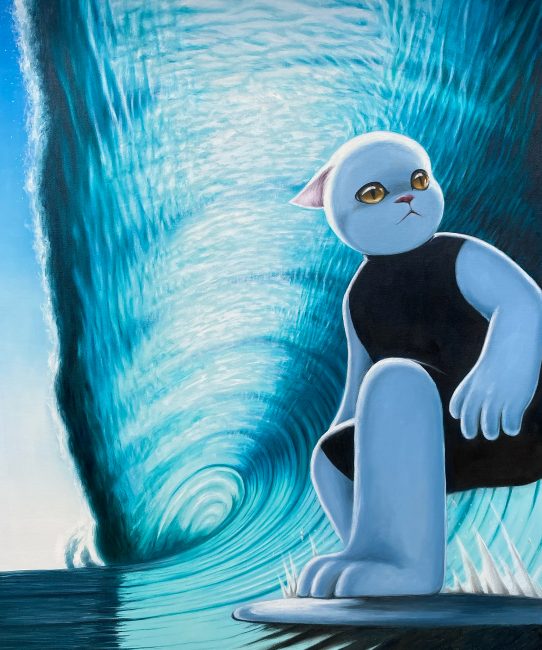 This Thursday, September 15th, we’re pleased to be offering a special limited edition print collaboration based on works of Yokoteen’s “Friends In Paradise” series. The release totals three editions, each sized at 20 x 20 inches and presented in a limited edition of 30 + 5 APs. The works will be released online on our Edition Shop, Thursday at 11am EST.