Yayoi Kusama’s Narcissus Garden installation has traveled the world, being a physical extension to her internal view of narcissism in society. Kusama began her fascination with reflections in sculpture by consciously driving viewers to see themselves in her art, quite literally creating a visitor experience with the artwork. She first presented the installation in 1965, in a gallery in NYC, where the exhibition was described to appear as an illusion of an endless sea. From there, variations of the Narcissus Garden have appeared in Venice, Brazil, and even back again to NYC, in Central Park. The artwork pushes viewers to confront and question their vanity and ego. 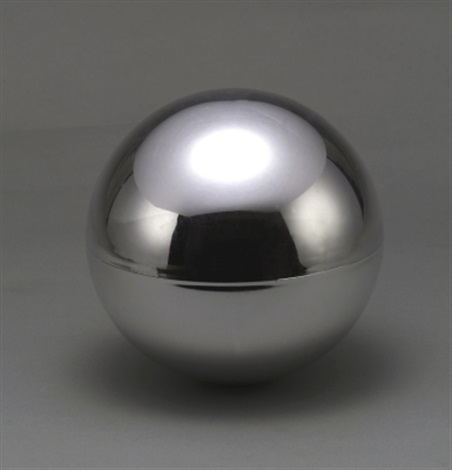 The narcissus mirror balls also shifted Kusama’s role into a politically driven artist. At a show in 1966, she offered the sculptures to visitors for $2 each, commenting on the commercialization of contemporary art. By her side, she had a sign stating, “Your Narcissism For Sale.” This statement shifted Kusama’s exhibitions from being simply visually pleasing, to becoming thought-provoking and impactive on the viewers. 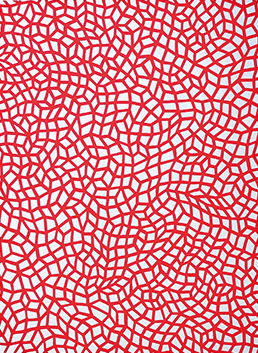 Beyond her mirror sculptures in the garden, Kusama incorporates mirrors and reflections into many of her works- including as the backdrop for infinity net prints and the material for her pumpkin sculptures. The use of mirrors emphasizes the concept of infinity that Kusama ties into her artwork. In all her works she hints at the pattern or scene going beyond the canvas: reflecting the idea that not all can be seen. Kusama went on to take her infinity theme into creating complete worlds, bringing viewers into rooms covered with mirrors and dots, that create an illusion of never-ending. 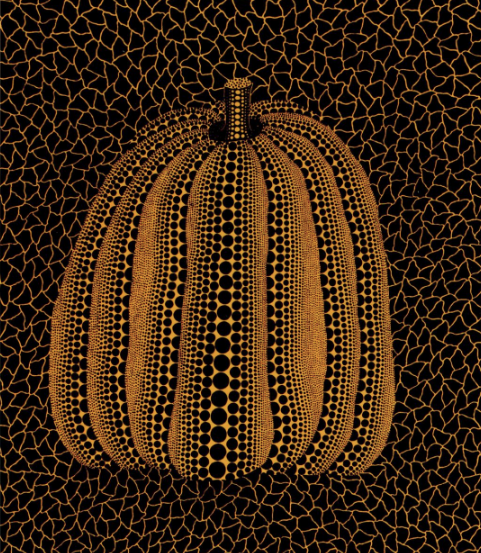 Kusama has also created infinity rooms made with her iconic pumpkin sculptures. Kusama’s fascination with pumpkins began at an early age when she discovered a large and unusually shaped pumpkin amongst a field of flowers. Kusama found beauty in the irregularity, and wanted to celebrate that. This is yet another moment where Kusama pushes viewers to rethink the way they look at a typically unappreciated object. Today, people wait on lines up to 4 hours long to enter Kusama’s imaginative world of infinity.