Guy Hepner Gallery is pleased to present Historical Fiction, a series of new works by LA-based photographer Tyler Shields. These large-scale color-saturated and black and white photographs are the artist’s powerful interpretations of iconic moments and individual reactions to 1960s American political and pop culture history. Events including the first men on the moon, the disbanding of The Beatles, the Golden Age of air travel, racial violence, and the deaths of James Dean, John F. Kennedy, Dr. Martin Luther King, Jr., and Marilyn Monroe have all wreaked havoc on the American psyche, and Tyler Shields presents it in ways that have never been seen before. 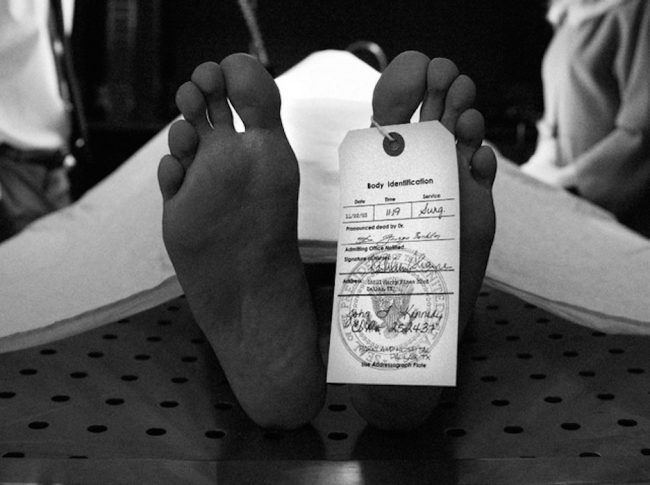 “I started thinking about these moments that every generation remembers,” Shields said. “Our generation remembers exactly where they were and what they were doing when 9/11 happened, but I didn’t want to do something so modern.” Soon he realized that the same applied for the moment JFK was killed, Marilyn Monroe died, or Martin Luther King, Jr. was assassinated. So, he tracked down artifacts (JFK’s toe tag, Marilyn Monroe’s Pill Bottles and PanAm Plane), vintage clothing and actual newspapers to photograph staged reactions to these now-historical events. In one image, a row of perfectly primped white suburban housewives sit under massive 60s-style hair dryers reading the daily paper. The front page tells of Marilyn Monroe’s death as shock and horror fills their faces. 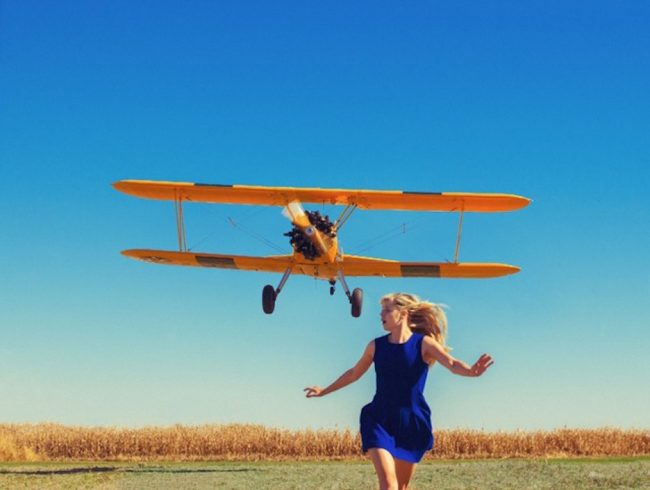 Historical Fiction is photographed in locations across the United States, such as Girl Running from Plane. This photograph is based on the Golden Age of Flight, a time when the plane interiors were plush, cutlery was exquisite, and meals were decadent. The meat was actually hand carved, oh yes! Passengers were treated like kings, and they certainly dressed the part. Those were the years when celebrities wanted to be photographed stepping out of an airplane, pilots were national heroes and being a flight attendant was one of the most glamorous jobs. Earlier this year, this photo was even nominated by Hasselblad for the 2016 Hasselblad Masters Award. 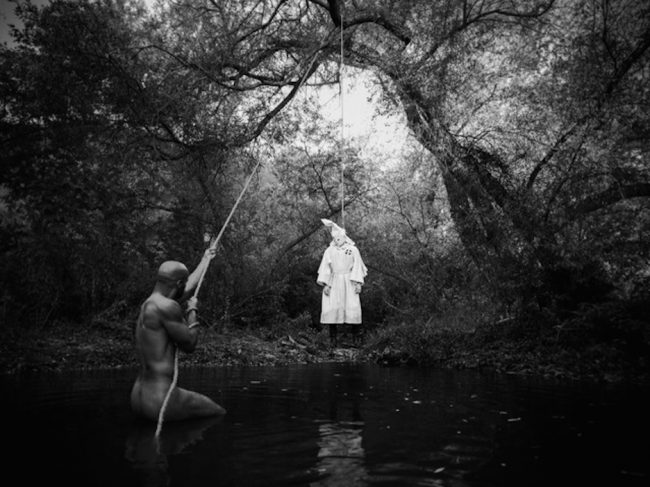 “I’ve always loved the idea of seeing the opposite,” says the American photographer Tyler Shields said. “Cops who are beating people up or white people who are hanging black people, what would they think if it was the other way around?” In Tyler Shields’ photographs, Lynching and American Flag, the traditional victim of violent race-related injustice turns aggressor. Images shocking even by today’s standards: after all, the despicably archaic act of lynching still permeates today’s society. “Right now we are going through a real racial issue in our country,” says Tyler Shields “And, to me, these things that happened in the 20s and 30s, they’re just as poignant today as they were back then.” Shields, who was curious as to how the role reversal would look and the emotional reaction it would evoke in the viewer.