There are two things you should know about LA- based photographer, Tyler Shields: “I was once on a plane that nearly crashed. The two people next to me had been flirting the whole flight and the moment we thought we were going to go down, they started kissing each other.” Also: “I love hitting people in the face.” 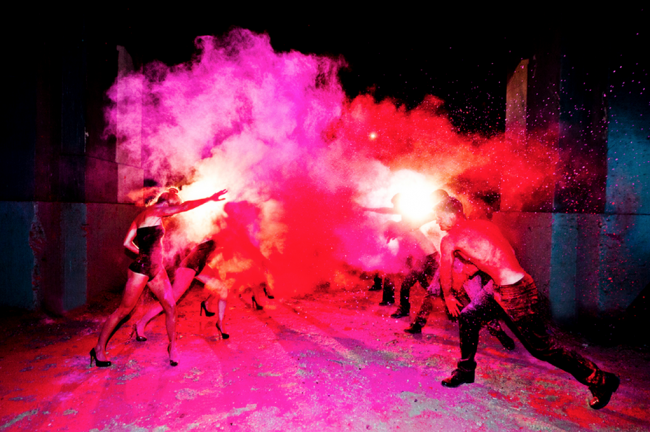 Both facts should be taken into account when considering Tyler Shields’ Chromatic collection, freeze-frames of surreal, technicolour violence: “beauty in chaos”, as he’d have it. Suspended between a chaotic frenzy and a intimate stillness, the Chromatic collection features the cast of hit American TV show Revenge, Lydia Hearst and the aforementioned Francesca Eastwood covered in a coloured paint powder to emphasize the contrast between colours, warm light and dark silhouettes. 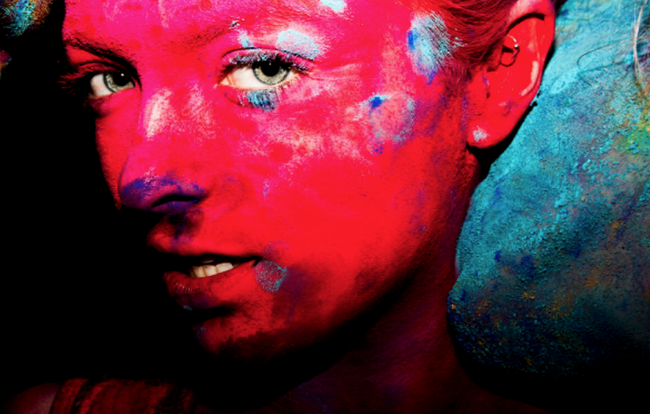 For the shoot of Chromatic, Shields bought 360kg of coloured powder from the web, “The packages were so sketchy, it looked like I was getting shipments of heroin. Thirty cops raided my house” Tyler says, then started a full-scale war. “I lined 20 people up against each other and was like, ‘This guy said you’re a f***ing bitch,’ and let them go crazy. All hell ensued.” Shields, 30, weaved through the carnage like a combat photographer – “I was getting hit in the face” – taking shots on 35mm film. 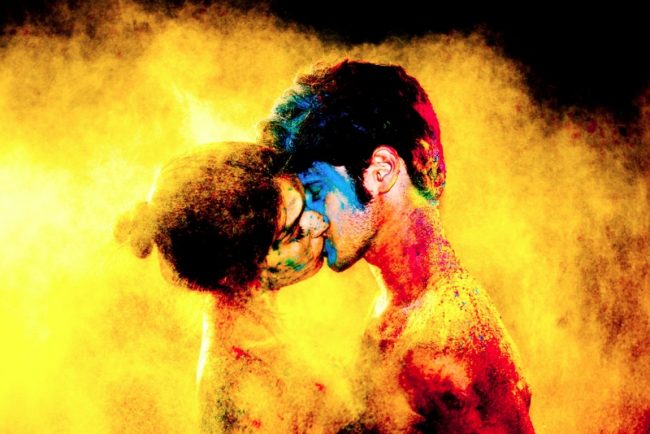 The pictures are a shift from Shields’ controversial shoots with a blood-soaked Lindsay Lohan in lingerie, Glee star Heather Morris with a black eye and his own long-term muse and girlfriend Francesca Eastwood– yes, Clint’s daughter! – sawing and setting fire to a $100,000 Hermes Birkin Bag. However, there’s no doubt, aggression is the common denominator in his work. It all stems from his upbringing in Florida, where his father worked at a military base. Shields says, “He was always going away to wars. He got me my first gun on my seventh birthday – a machine gun.” Shields’ book, Smartest Man, recounts these gifts and then goes on: “I see a giant flash of red spread through air.. this was the first time I killed some one.”