To Andy From David: A Tribute to Andy Warhol From David LaChapelle

A Tribute to Andy Warhol From David LaChapelle

David LaChapelle, one of the most influential pop photographers, has the ability to bring viewer into a whole new world. He began his creative career at Warhol’s Interview Magazine, and worked as a commercial photographer for decades. Similar to Warhol, for years he worked under the control of pop stars, shooting magazine covers and music videos of celebrities including Michael Jackson, Lady Gaga, and Kanye West. He later decided to take his career into his own hands, and transitioned into being one of today’s most iconic contemporary photographers. Understanding his works today is best realized by understanding his start as an artist.

During the height of the 1970’s, at the young age of 15, LaChapelle dropped out of high school and arrived in NYC to pursue his arts career. Landing a position at Warhol’s magazine set the platform for LaChapelle to create glamorous scenes, following Warhol’s mindset of “Do whatever you want, just make everyone look good.” 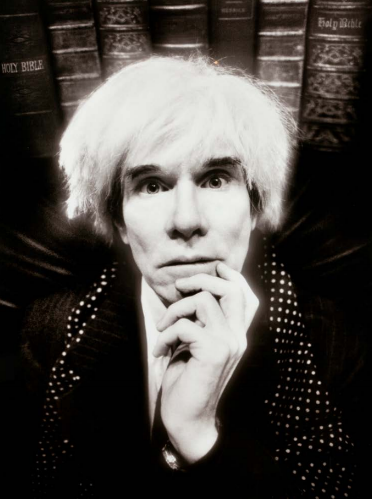 LaChapelle even got the opportunity to shoot Warhol’s last ever portrait, without knowing how meaningful the photo would remain years later. This was during the time that Warhol was painting his Last Supper series, which LaChapelle recreated in his own way- this time with a modern twist on who Jesus would surround himself by in today’s society. LaChapelle strategically placed two bibles on either side of Warhol’s head, but made sure the focus of the shot was the personal eye contact the camera has with Warhol, this time with glamorous set or scene, just Warhol in his studio. 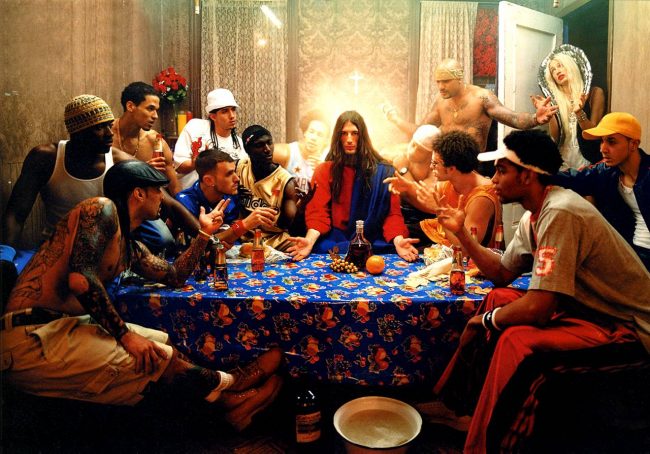 Shortly after this photo, Warhol was admitted to the hospital for a routine surgery, though LaChapelle recalls hearing that Warhol was almost expecting his death, sharing, “Of course, no one knew it was to be Andy’s last portrait, although Wilfredo told me Andy kept talking about not coming out of the hospital, but [he was being admitted for] a minor thing, a complication I suppose from the assassination attempt in ’68. But apparently he really was insistent that he was not going to come back from the hospital. And sure enough, he died there from a mistake the hospital made. It’s true artists are very intuitive about these kinds of things, especially I think their own deaths.” 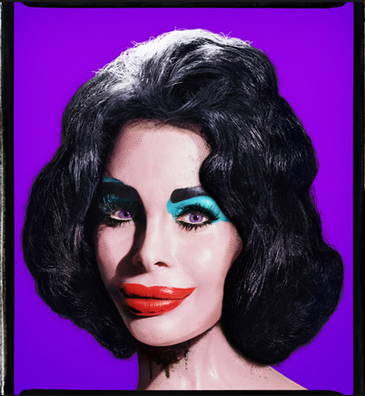 LaChapelle shares that his time at Interview magazine was equivalent attending art school, being the place he learned to communicate. Later in his career, LaChapelle still remain inspired by Warhol’s vision of pop culture’s influence on society. Two of LaChapelle’s iconic photographs   are his recreations of Warhol’s iconic Liz Taylor and Marilyn Monroe, titled “My Liz Taylor” and “My Marilyn Monroe”, this time with the model being Amanda Lepore. 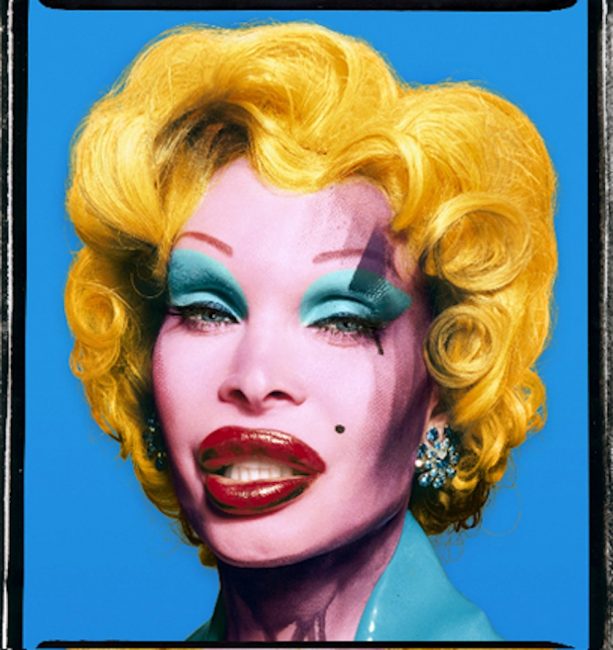 Most life changing for LaChapelle, was his realization that he no longer had to create his photoshoots under the bounds of others. A pivotal moment in his career was hanging up the phone on Madonna and declaring he would no longer photograph a pop star for just for the sake of it. He remains grateful for that moment as it pushed his career to become on his own terms, and led him to create works that went far beyond commercial photography, being featured in galleries worldwide. Today, LaChapelle continues to tie in cultural references to his works, as Warhol did, but with his own signature dramatic and glossy twist.