“Tim’s goal for the Artist Series is to create the most beautiful surfboards possible, while paying homage to the artist who have inspired him the most” 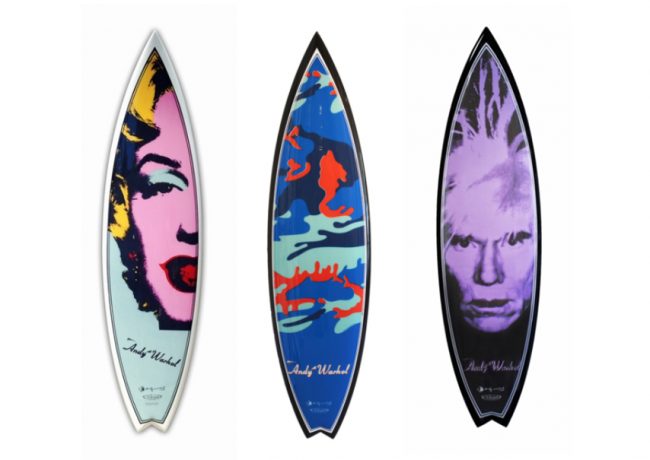 Guy Hepner is pleased to introduce famed surfboard designer and artist Tim Bessell and his official collaboration with the Andy Warhol Foundation. An exclusive series of hand made surfboards painted with Any Warhol’s most iconic designs.

Tim Bessell is known worldwide for hand-shaping quality surfboards. Based in San Diego, Bessell originally got the idea after coming across a series of Warhol skateboards by Alien Workshop. “I had seen the line of skateboards and I thought, nobody’s doing surfboards.” 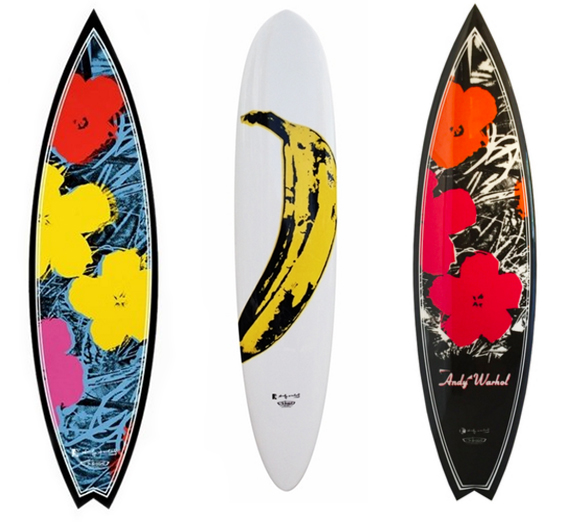 The Andy Warhol Foundation, who owns the copyrights to the artist work, jumped on the idea to collaborate. “The project we have with Tim is totally different than the one we have with Absolut or Comme des Garçons or Dior or Converse. We have a shaper here who is also an artist, who is from San Diego, and whose own main inspiration is Andy Warhol. It’s so authentic.”

The popularity of the collaboration has grown at a fast pace, with one of the first works of the series recently exhibited at the Museum of Contemporary Art San Diego. 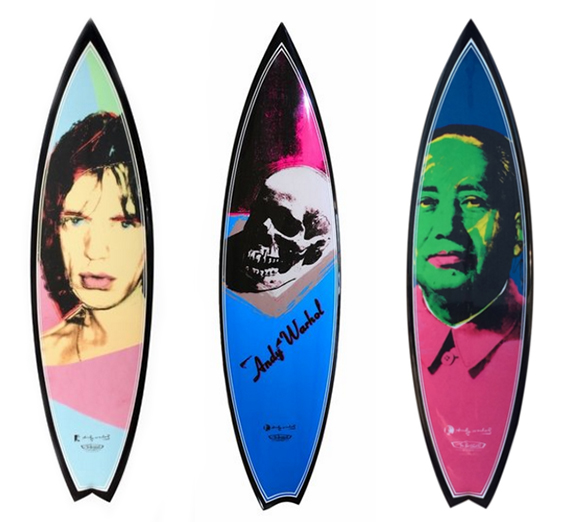 Each iconic image of Warhol’s has been assigned a different shape board by Bessell. Warhol’s gun image was chosen for a gun, a long and narrow surfboard, while the image of The Last Supper was place on a fish, a short and thick board. Other designs feature Warhol’s Skull image, camo graphic and Marilyn Monroe.

Each surfboard comes as a signed limited edition of 12 and is ready to surf! Please inquire via phone or email today, or buy directly from Guy Hepners online shop.