The Interiors of Roy Lichtenstein

The Interiors of Roy Lichtenstein

Although Roy Lichtenstein may be most acknowledged for his work inspired by comic strips and graphic novels, a later series which depicts interior spaces aroused a different kind of critique in the pop art movement. The Interiors (1991–1992) is a series of work depicting banal domestic environments inspired by furniture ads the artist found in telephone books or on billboards. 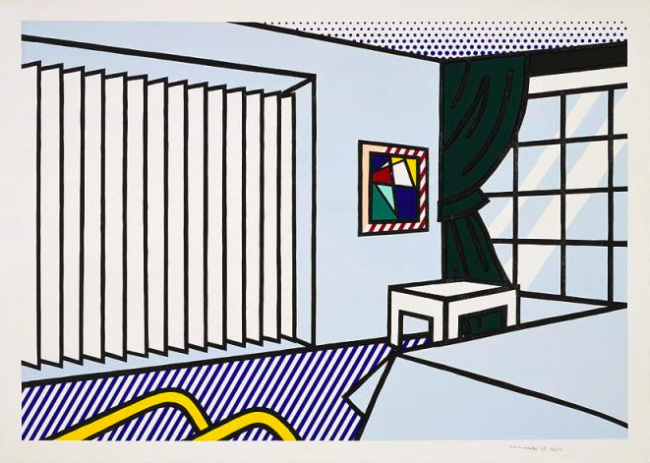 In this series, Lichtenstein integrates the readymade quality of mundane objects while employing a painterly gesture infused with thick contours, bold colors, and flat surface planes. The readymade image of The Interior series reflects Lichtenstein’s interest in the paradox between fine art and design. 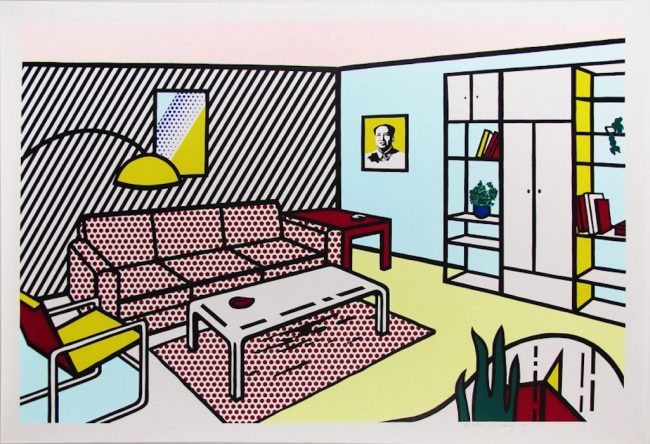 Initially conceived in 1989 and developed throughout the following years, Lichtenstein began printing The Interiors at Gemini G.E.L in Los Angeles. The works were created using a combination of printing techniques including lithography, woodcut and screenprint, all of which Lichtenstein had mastered in his earlier work examining the Benday Dot Technique. 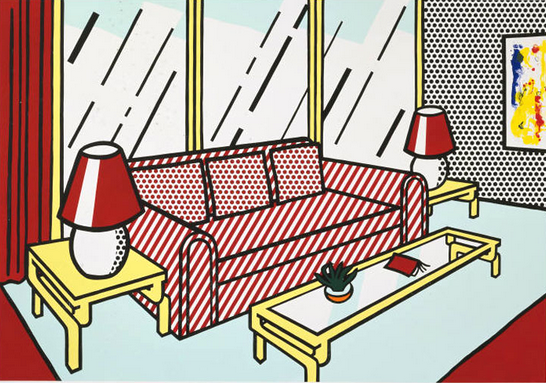 One of the recurring themes that flow through the series is Lichtenstein’s nod towards many of his contemporaries. In Red Lamps we notice a painting that references Jackson Pollock in the right side of the composition, and in Yellow Vase an Andy Warhol flower painting can be seen hanging on the back wall. 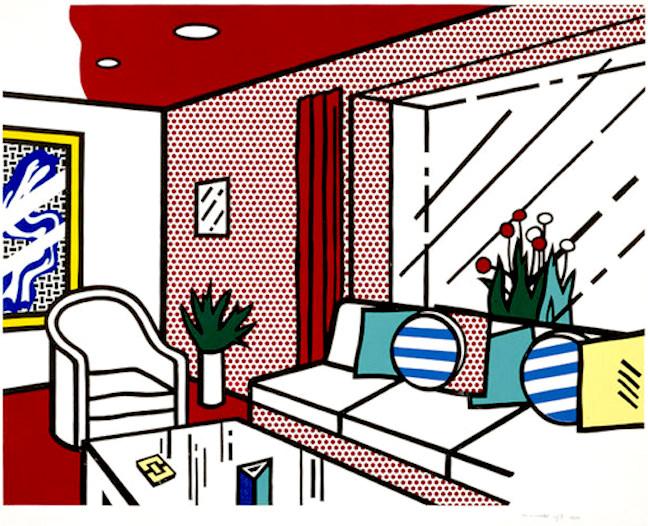 The Living Room by Roy Lichtenstein

One of the most interesting ways that Lichtenstein used this technique can be found in The Living Room, where we see the artist featuring one of his own, Brushstrokes. This simple motif, however, makes a cunning statement placing Lichtenstein’s own work, along with his contemporaries, as a realized element of popular culture and commodification.

For more information on The Interiors of Roy Lichtenstein, contact info@guyhepner.comcreate new email.