As the Vollard suite was being released by dealer Henri Petiet in 1950, Picasso had already moved on from etchings to lithographs. He began experimenting with lithography in 1945, inspired by the work of Spanish artist Francisco de Goya. During these years he collaborated with master printmaker Fernand Mourlot with whom he produced over 350 lithographs, of which most of them in color. 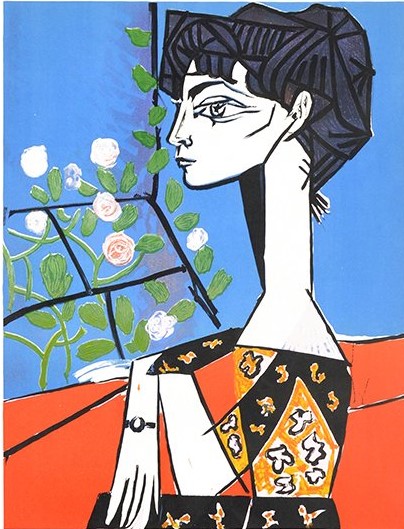 Jacqueline With Roses By Picasso

In just two decades Picasso and Mourlot pushed the boundaries of the medium as much as they could, incorporating new techniques such as finger-painting. Lithography allowed Picasso to work quickly and experimentally, all while tracing his artistic process by making a print in 15 to 20 different states and watching its evolution before creating a finished product. His most frequent subject during these years was his then-lover Françoise Gilot, who in her book Life With Picasso (1964) explains the appeal the technique had on him by quoting him saying “I’ve reached the moment…when the movement of my thoughts interests me more than the thought itself”. 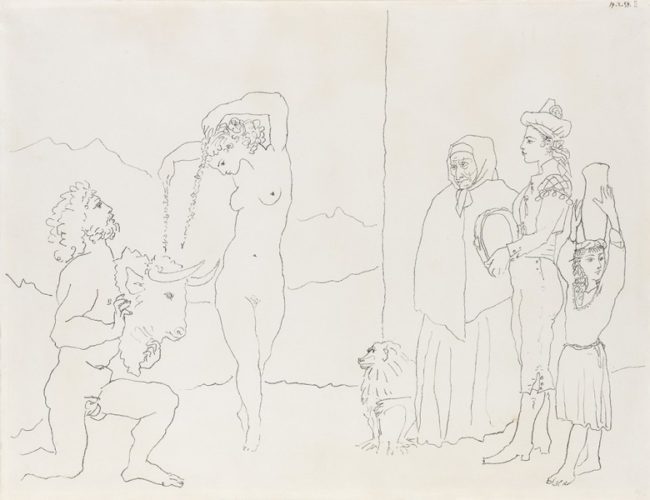 In 1959, six years after Gilot left him, Picasso moved from Paris to the South of France and, given the distance from Mourlot’s printing atelier, he began to experiment with the linoleum printing process instead. When he first began creating linocuts, Picasso was amazed with the results, yet found the process too labour-intensive and complicated, as it required the cutting and registering of six different color blocks to be printed precisely one on top of the other. The only print, in fact which he made using the original linocut technique is Buste de Femme, aprés Cranach (1958). 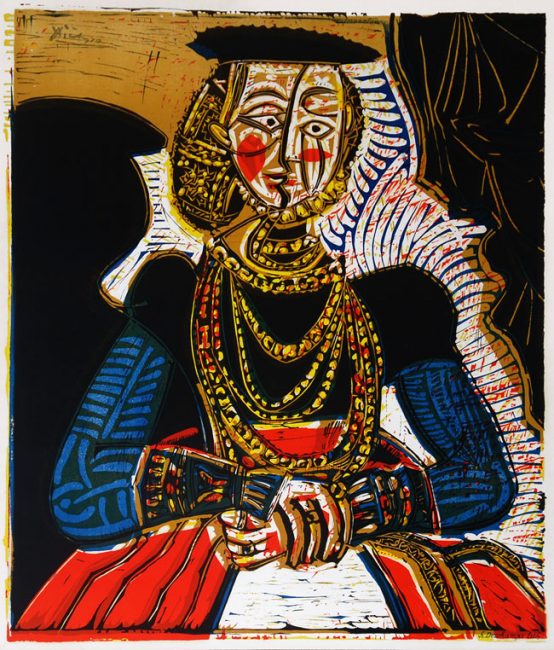 Within a few years he found an extraordinary solution to this technical problem: rather than use separate blocks for each color, he printed the whole image from just one block in the so-called ‘reduction’ method. The block was printed in the lightest color, then cut further and printed successively from the lighter to the darker colors. While making the task of registration much simpler, it required a tremendous power of imagination to foresee how each change in the block would impact on the composition as a whole and does not allow for any backtracking or color adjustment. 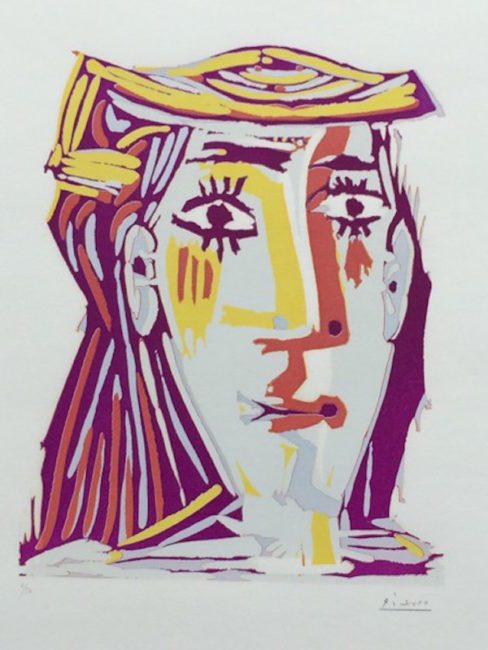 One of Picasso’s last series, the Suite 347, became available in late 1968. In only seven months Picasso created the 347 aquatints and etchings that all revolve around sexual and erotic themes, while some critics debated whether the prints were appropriate to be shown to the public, most institutions welcomed them. They were in fact first displayed at the Art Institute of Chicago in 1970 and then continued on to MoMA in New York later that year. Describing the series, Picasso said, “I spend hour after hour, while I draw, observing my creatures and thinking about the mad things they’re up to; basically it’s my way of writing fiction”. 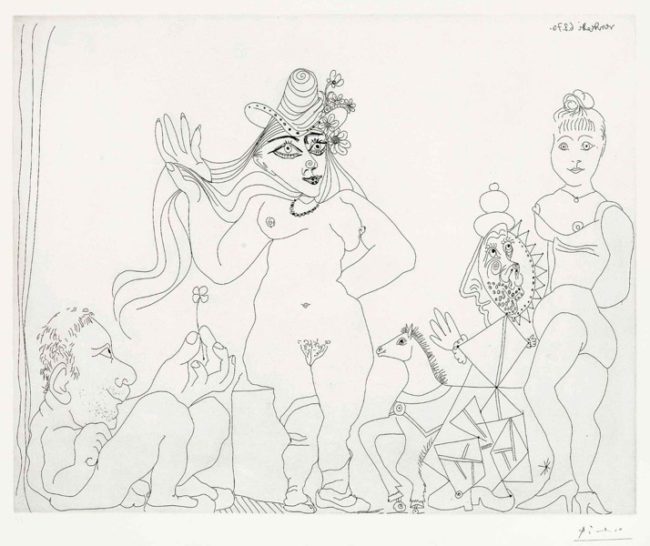 The last suite Picasso created, Suite 156, pays homage to several other artists from whom Picasso had drawn inspiration such as Goya, Rembrandt, Velázquez and in particular Degas. This final series brings together themes explored throughout his career in what has been defined a “final tragicomedy, rich and complex”.