Pablo Picasso (1881 – 1973), along with Georges Braque, is best known as the pioneer of cubism as well as one of the most influential artists of the first half of the 1990s. His painting Les Demoiselles d’Avignon (1907) is in fact considered to be one of the most important canvases of the 20th century and represents a pivotal moment in art history, what some consider to be the birth of modern art. 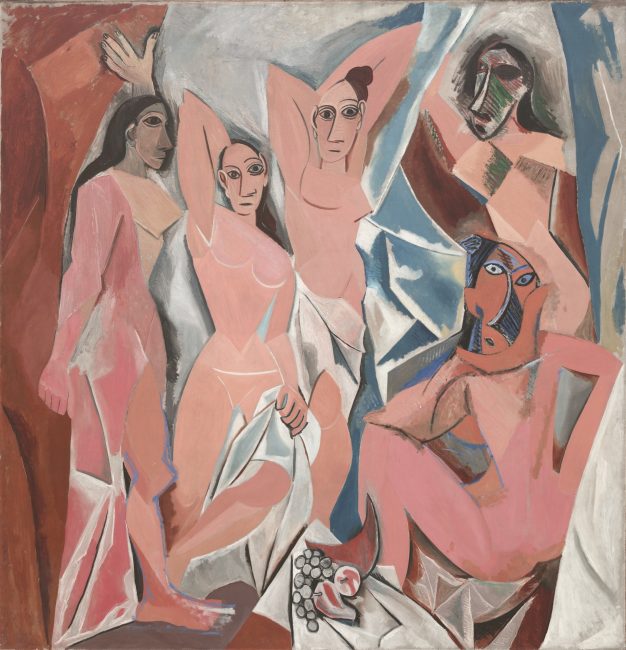 While best known for his ceramics and paintings, Picasso was a prolific printer as well, producing over 2000 prints during his lifetime using a variety of techniques, some of which he developed himself working with master printmakers across France. From his first foray into printing with the Saltimbanques Suite (1904 – 1905) to the 156 Series he created in the early 1970s, his prints trace the development of his artistic style as well as his different muses, friends and romantic relationships. 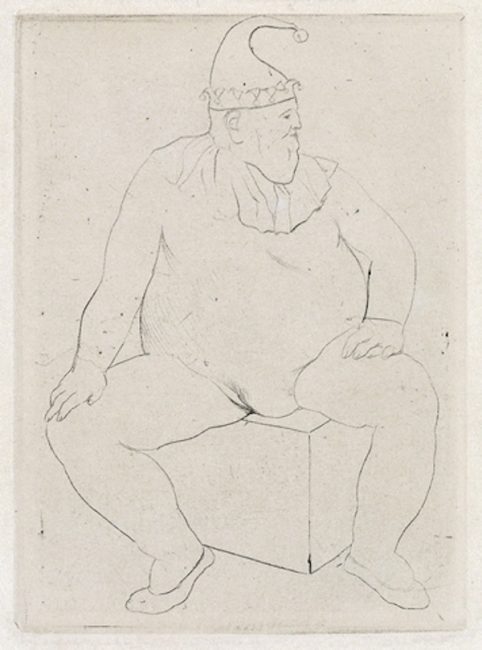 The Saltimbanques suite, so named because it features the circus performers which can can also be seen in the paintings created during his rose period, is composed of 15 etchings and drypoints. These prints were produced in collaboration with Parisian printer Delâtre at the start of Picasso’s career, before he had achieved any fame or notoriety. Originally he decided to print these images so that he could sell them and use the profit to help with his painting career. The images however did not sell and he ended up gifting them to friends, which is why not all of them are signed and some have special dedications. This experiment however spiked his curiosity in printmaking and he bought himself a small printing press in 1907. 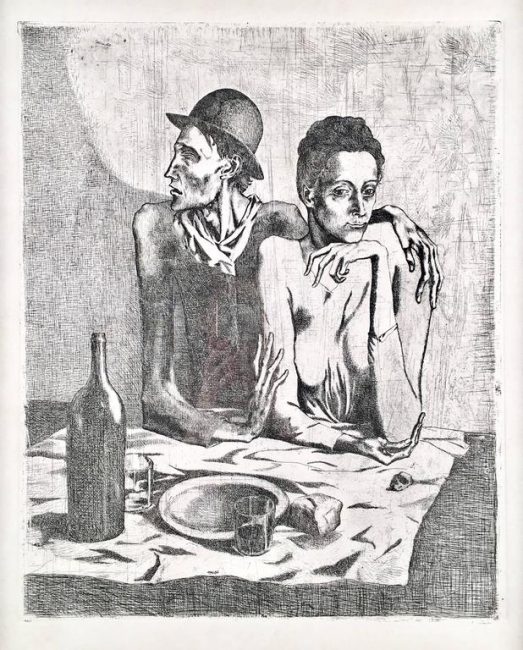 In the late 1910s, as Picasso name was becaming more and more renowned within the Parisian art circles, art dealer Ambroise Vollard began to take notice and bought the 15 plates used to create the original Saltimbanques series; he proceeded to publish 250 more editions of each image, of which only some are signed. Vollard then commissioned Picasso to create three more print series. The first series was comprised of 13 etchings and 67 wood cuts printed to accompany Honoré de Balzac’s short story Le Chef dOeuvre Inconnu (1931). The second series illustrated a version of Ovid’s Metamorphoses and the third, which became one of Picasso’s most famous print series, is what has come to be known as the Vollard Suite (1930 – 1937). 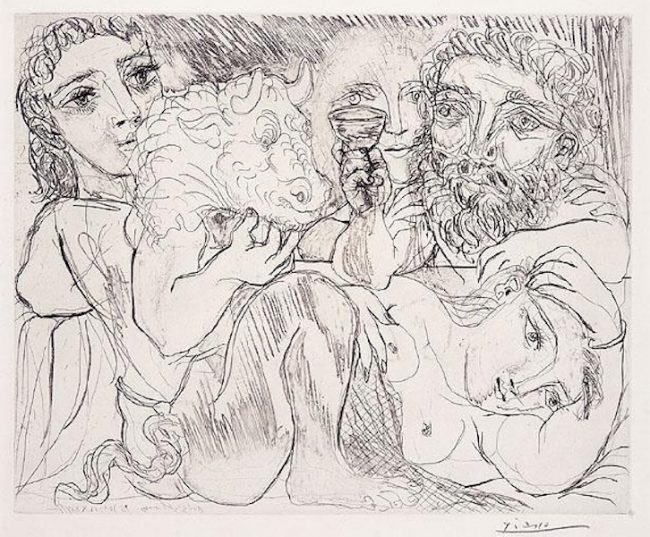 The etchings in the Vollard suite are Picasso’s first dated prints and are said to have been created as a trade with Vollard for paintings by Cézanne and Renoir. The 100 images that make up this series are divided into five main themes: The Battle of Love, The Sculptor’s Studio, Rembrandt, The Minotaur, and Portraits of Vollard. Many of the motifs can be seen repeatedly throughout Picasso’s oeuvre whilst others speak directly to the time they were created. In the 1930s Picasso was dedicating himself greatly to sculpture, and in fact 46 of the plates depict the sculptor in his studio and explore the relationship between the artists, the material and his muse, who at the time was Marie-Thérèse Walter. 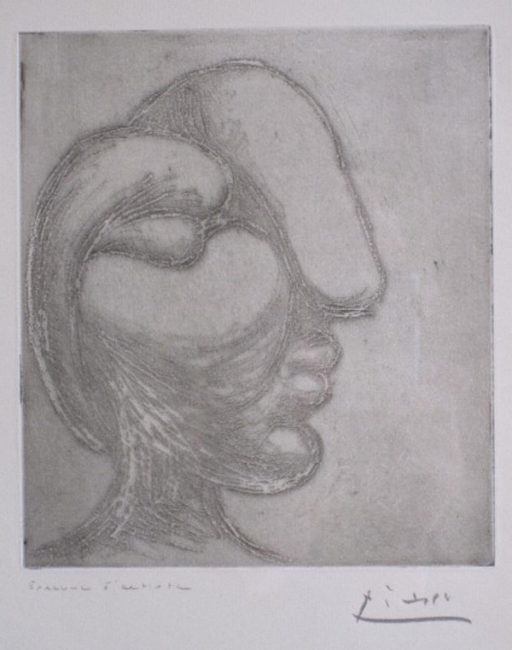 The Vollard suite was produced in Paris by printer Roger Lacourière as an edition of 325 in 1939, the same year the Vollard passed away following injuries from a car accident. The outbreak of World War II further delayed the distribution of the prints, which were only put on the market in the 1950s by art dealer Henri Petiet. By this time Picasso had moved forward and had began experimenting with color prints, lithographs and linocuts which will be explored in part II.