The Evolution of Ugo Rondinone

The Evolution of Ugo Rondinone 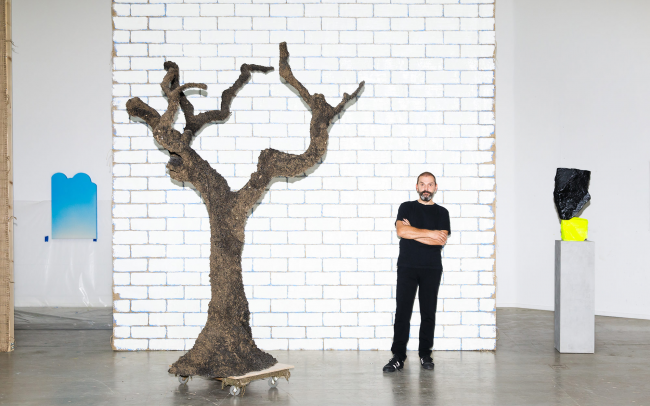 Ugo Rondinone is a Swiss-born artist currently based in New York City. What defines Rondinone is his refusal to be pinned down to any particular style or medium. His portfolio includes paintings, drawings, sculptures, photography, video, sound and installation art, spanning from the early 90s to present day. He is also a poet, collector, and art curator. Rondinone continues to excite viewers with his versatility and adaptable themes of nature and the human condition. 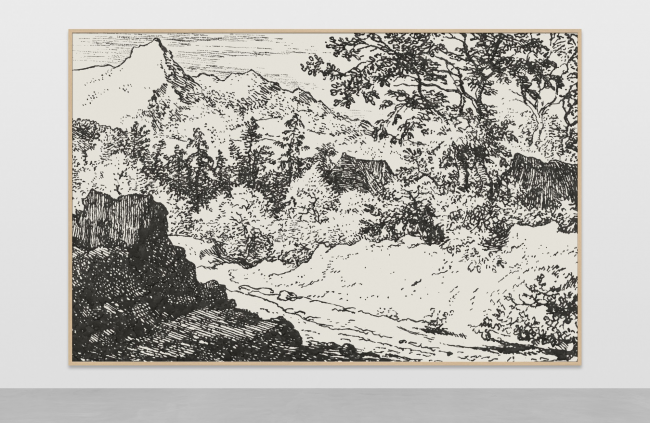 Rondinone originally set out to teach art rather than make it. He didn’t consider being an artist until working as an assistant for Hermann Nitsch in his late teens. With no option for art school in Switzerland, he moved to Vienna to attend the University of Applied Arts. He began painting detailed landscapes, an unfashionable choice for what was happening in art in the 90s. As his style changed, he began incorporating vibrant colors and more abstracted images of nature. 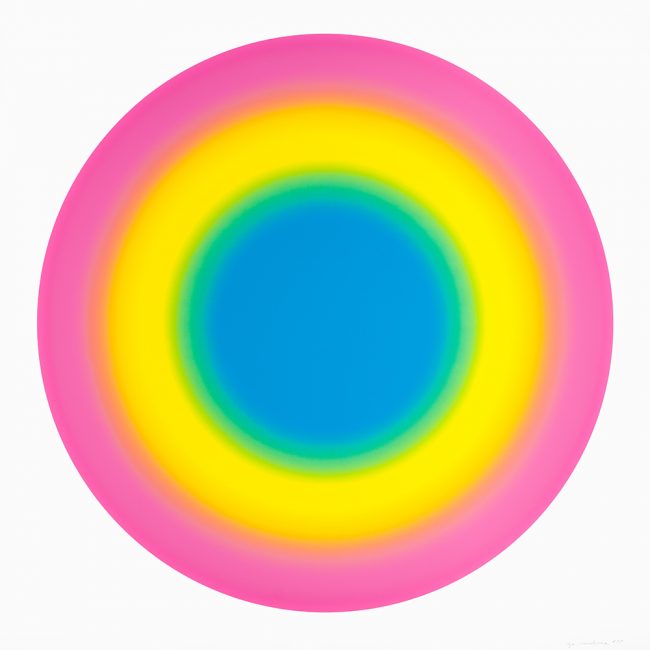 Rondinone also started experimenting in different mediums. His most notable collection of photographs, I Don’t Live Here Anymore, feature his own take on fashion advertisements, taking classic images of models and digitally altering his face onto their bodies. The result is a fluid mix of the masculine and feminine, creating androgynous images of the human form. 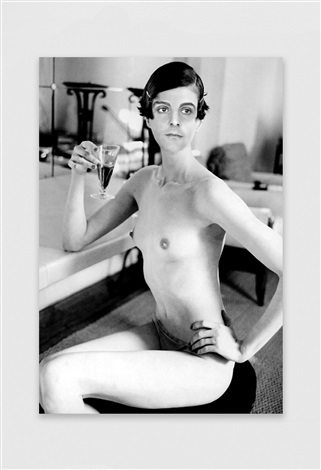 His career as an installation artist also took off. First, with neon sculptures set against city backdrops. The rainbow text featured universal phrases and quotes, such as “Love Invents Us” and “We Are Poems.” Rondinone’s fascination with life and the human spirit would take on more abstracted, visual forms as he began experimenting with natural materials and settings. 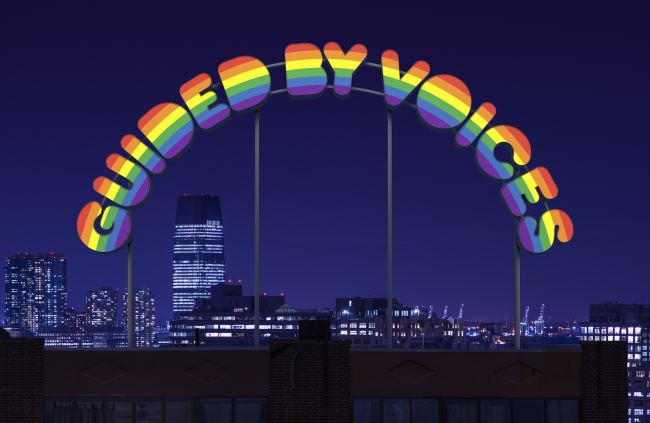 Guided by Voices by Ugo Rondinone

Rondinone’s stone sculptures are perhaps his most notable work. In the late 2000s, he unveiled his Sunrise and Moonrise sculptures, featuring rock heads with rudimentary human features and a variety of expressions. He continued to take inspiration from ancient statues and the universal impulse to stack, balance, and create images from our own likeness. 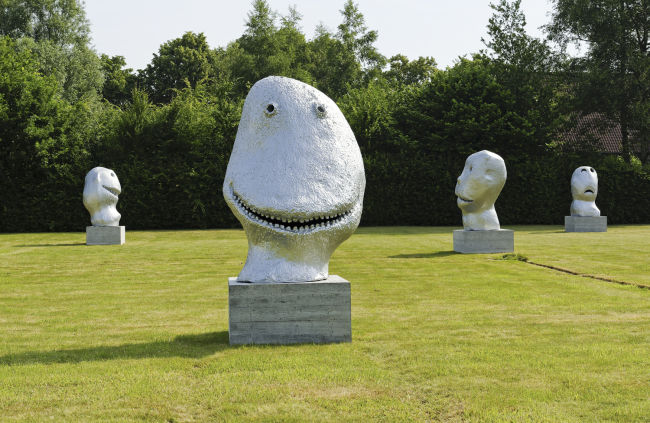 Adding the vibrant palettes from his earlier work, Rondinone’s Magic Mountain sculptures add a contemporary twist to his stone work. The totem-like sculptures explore the relationship between humans and nature. They capture the human urge to manipulate, imitate, and exert influence on natural environments. 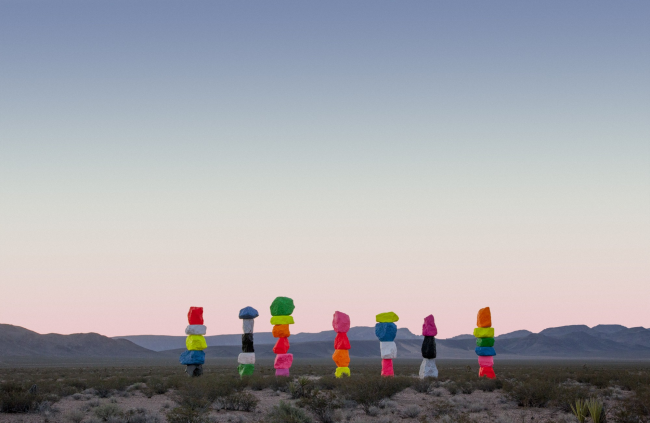 Fueled by the “inexhaustible energy of nature,” Rondinone has an infinite muse. His work and evolution as an artist continues to reflect that.