Starsky Brines: A Balance of Dichotomies

Starsky Brines: A Balance of Dichotomies

Starsky Brines has captivated his audience and collectors through his distinctive paintings influenced by Latin American figurative art. With recurring themes such as good and evil, nature versus man, fantasy, as well as contemporary consumer culture, his bold works in acrylic paint and collage portray his version of reality, embellished with characters and scenes known to his signature iconography. 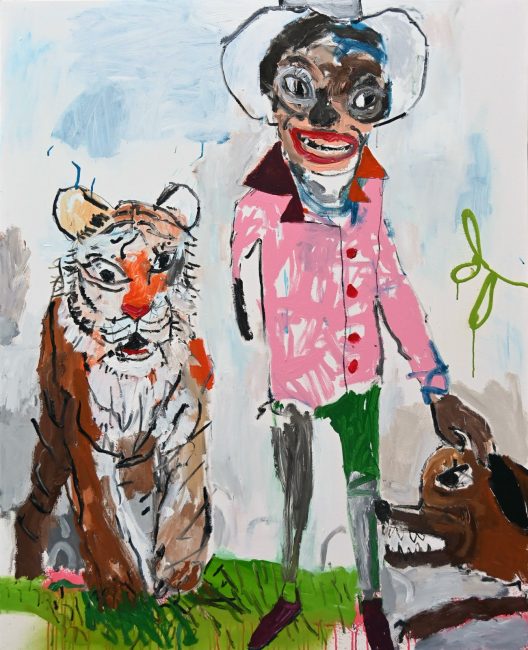 Venturing into an environment of subcultures, Brine’s work stands out amongst contemporary neo expressionists through his use of anamorphic characters. Portraying zoomorphic and hybrid human features, his play on the human condition is one that is reminiscent of fairytales and comic books from his youth. Through his artistic practice, he distorts these memories and motifs to tackle questions and topics concerning climate, urbanism, and materialism. 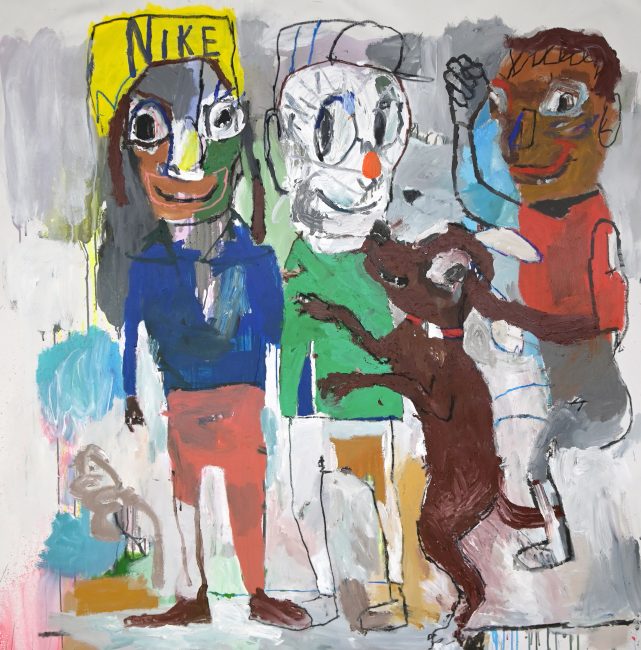 Created spontaneously on canvas or wood panel, his brush strokes and analog collage works read like theater, using wit and comedy as a vehicle to convey critical meaning and commentary on otherwise ponderous concepts. Often depicting impossible situations and scenarios, Brine’s use of bright opaque colors mixed with shadowed contours allow him to oscillate between figurativism and abstraction, further creating a dialogue within the works that treats his subject matter as complex and nonlinear. For Brine’s, no issue is ‘black and white’. 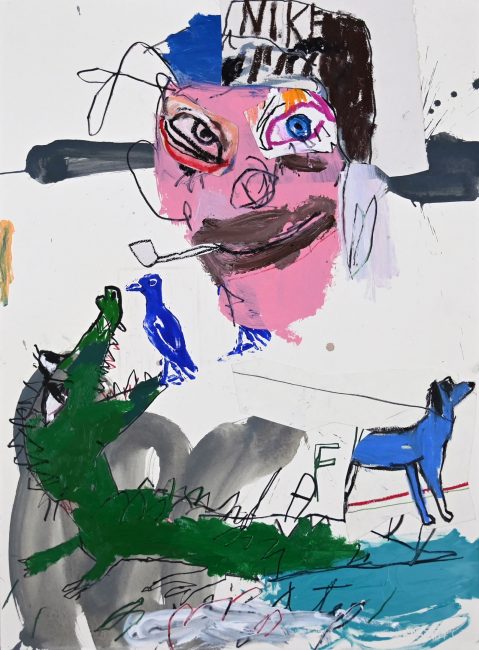 Throughout his practice, he has kept a familiar balance of dichotomies, central to his storytelling. Joy tinged with sinisterness, connection leading to dislocation, playfulness and a solemn attitude toward contemporary culture that together create a driving strength within his work to make him more than an observer but an active participant and contributor to our at times bizarre, and banal human nature. 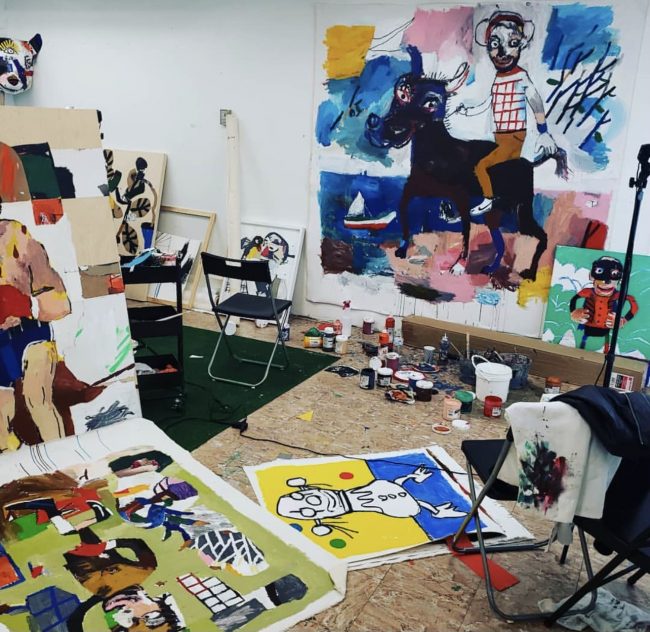 Brine’s work is held in private & public collections around the world, including the Burger Collection, the Koo House Museum of Art & Design Collection, and the National Museum of China.