Limited edition skateboard decks are now available at the Guy Hepner Online Shop. These collectable decks are decorated with some of the most iconic works from major artists of the pop and urban art genre. This collection combines art with skate culture by tying together two different entities of street scene. The outcome is a product that sees past contemporary urban culture and comes full circle through works that are as much collectable as the are functional. 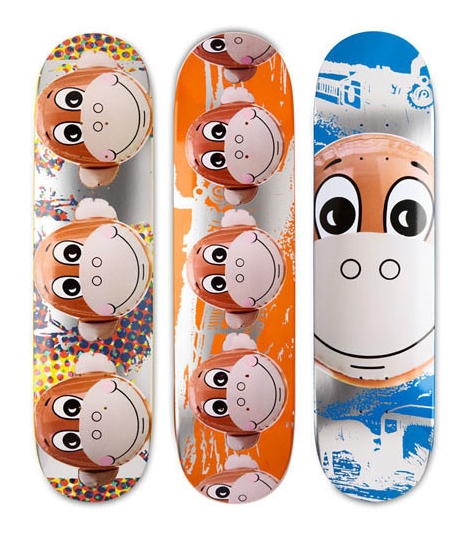 ​Whether it’s cunning skill, style or speed, the culture of skateboarding attracts people who fondle with boundaries. In the mid 70s Wes Humpston and Jim Muri first begun producing design work on the surfaces of the skate decks and initiated the original concept of skateboard deck art. Over the years, deck art has continued to influence and expand the culture of skateboarding as many people begun collecting decks based on their artistic value. Today, the skateboard deck is seen as an creative expression of personal style and numerous artists have collaborated with industry professionals such as Supreme, Alien Workshop and The Skateroom. 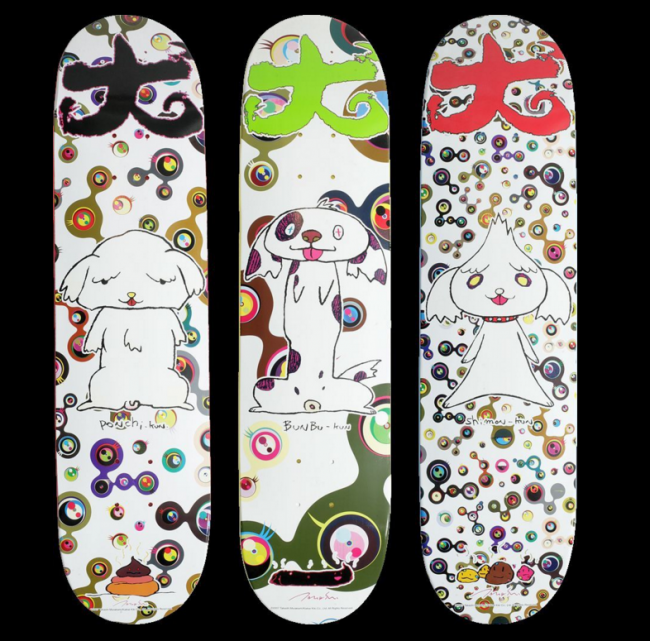 ​Supreme opened its door in Downtown Manhattan in 1994 and became the home of New York City skate culture. Over the past 21 years, Supreme has worked with some of the most iconic artists, designers and other creatives to continue the popularity of their brand known for its quality, style and authenticity. Takashi Murakami, Damien Hirst, Jeff Koons, Richard Prince, Robert Longo, John Baldessari and Nate Lowman have collaborated with Supreme to continue to make their art accessible across creative platforms. 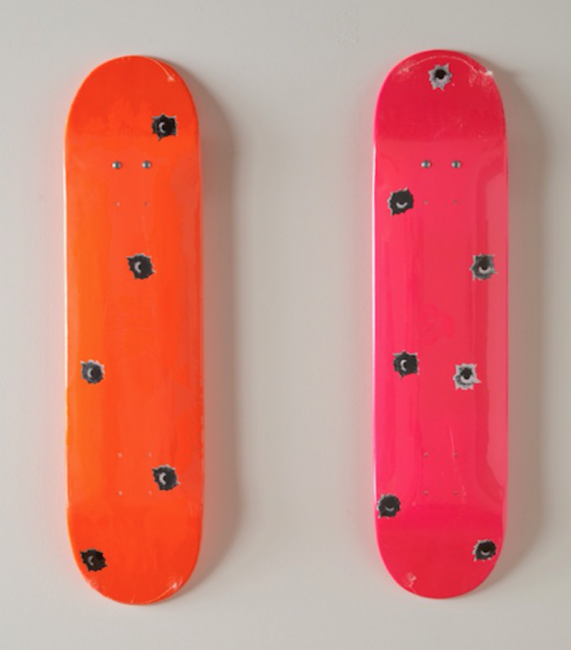 ​​“The Skateroom wants to enrich skate art history. [They] want to offer board and art collectors a new aesthetic universe. The Skateroom wants to mix the energies of a legendary underground culture and legendary artists. We see it as an experiment, an interaction between two art forms. The Skateroom wants to make big names of contemporary art more affordable and useful at the same time.” Collaborating with The Estate of Jean Michel Basquiat, The Skateroom has transformed Basiquiat’s Untitled (Skull), Quality Meats For The Public and Triptych In Italian into the ultimate representation of New York eights street culture. 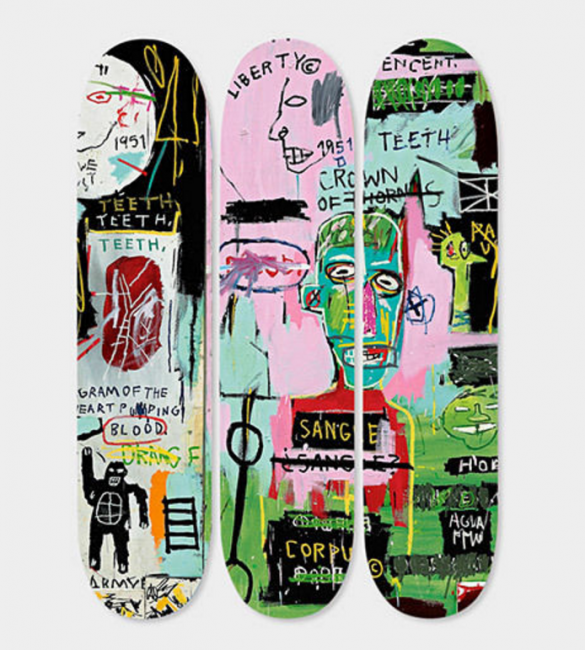 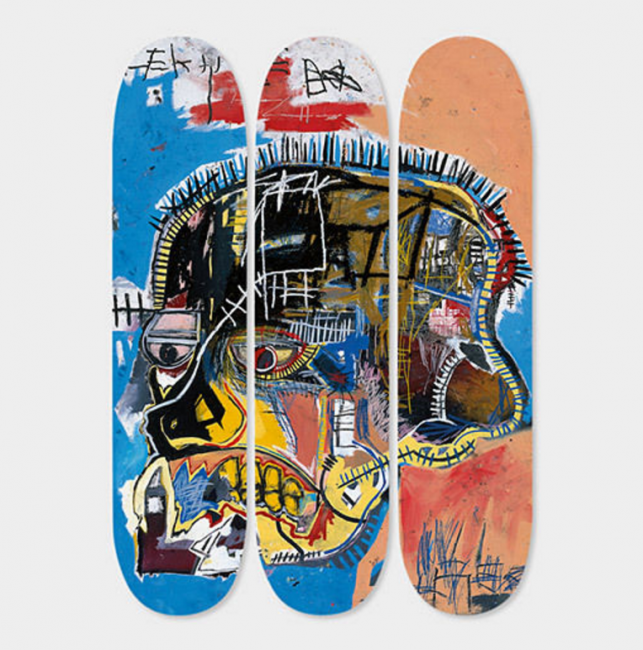 ​The entire collection features Canadian Maple Wood skateboard decks and is available online for purchase, ranging between $1,800 and $15,000. These are not only functional skateboards but incredible investments and pieces of fine art. Will you be buying one to hang on your wall, or do you prefer to skate with your decks?