On Thursday, April 21st, Guy Hepner Editions is pleased to present the “Disco Inferno” series by Sage Barnes. This release features a set of exclusive prints and several works on canvas. In true Barnes fashion, we meet the characters with their bodies detached and their minds, a mess. 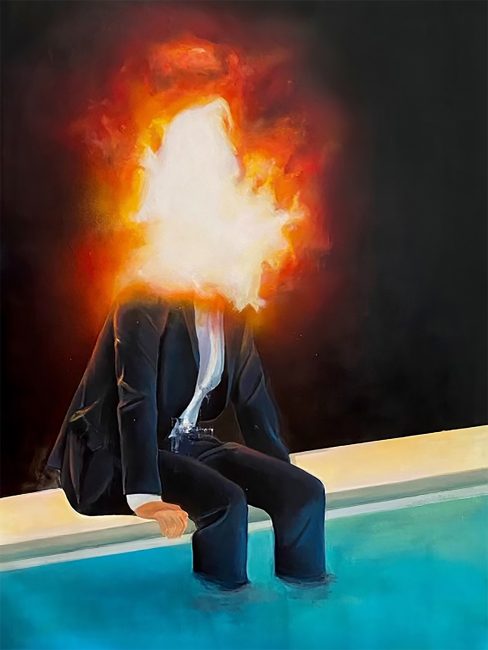 In Disco Inferno and Hot & Cold, Barnes places his characters on the ledge of a pool, inches away from their own saving. The subjects appear uninterested in self-preservation. Instead, they choose to dance on the edge of salvation, or take a reflective seat, suit and all, as in Hot & Cold. 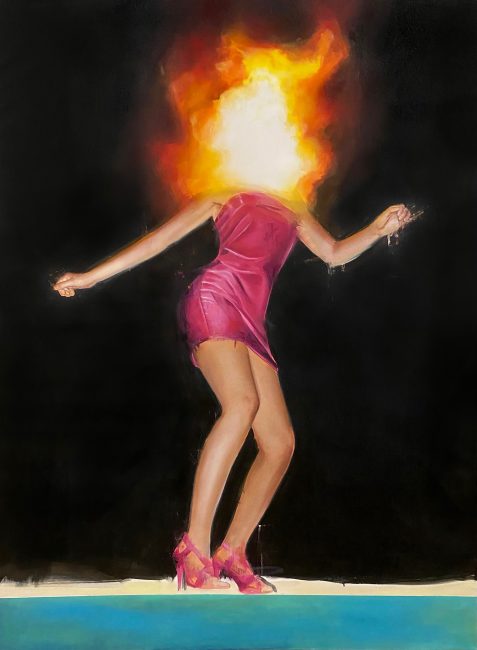 The outfits worn by the subjects are an important decision. In Disco Inferno, a cocktail dress signals a well-intentioned escape from reality. On the other hand, the formalwear and complete disregard of it in Hot & Cold, seems to represent a defeat or change of values. In both cases, there’s an abandoning of priorities – to put out the flames engulfing their faces. Barnes captures the familiar feeling of apathy that comes with dealing with something so destructive. The only way to survive is to ignore it completely. 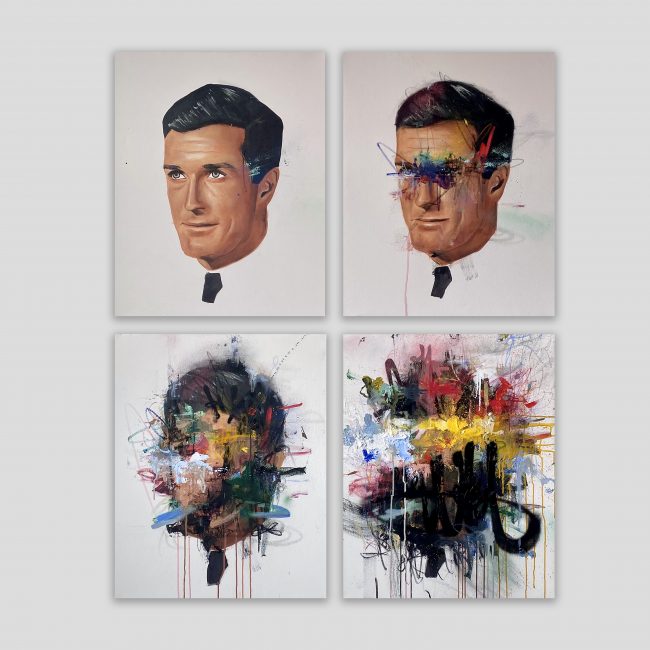 Barnes’s release includes several other unique works on canvas. How It Happened shows the progression of a well-presenting man being increasingly painted and scribbled on. With each panel, the original figure becomes less and less visible until any hint of him gives way to the chaos. Similarly, in Untitled (Portrait and Palette), what began as a woman’s portrait is smeared past recognition, with the used color palette included as evidence. 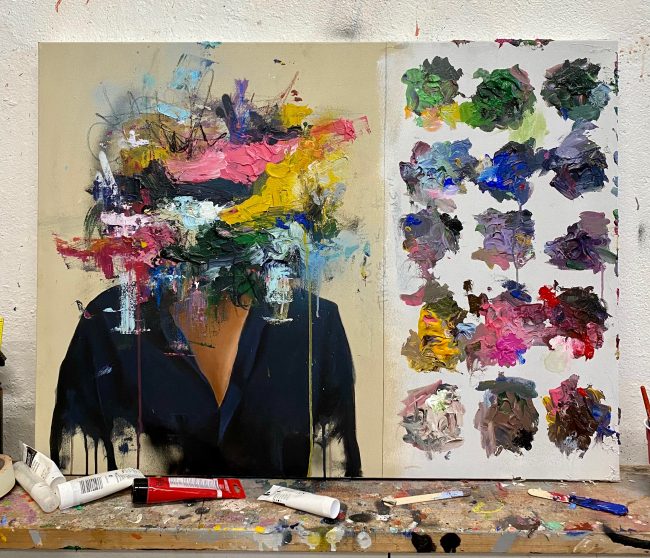 Pressure 6 is a three-dimensional work that consists of a decapitated figure holding an inflated balloon where his head once was. In his other hand, he holds an actual cord that extends from the canvas. Barnes gives “full of hot air” a new meaning, playing with the imagery of an inflated ego or “big head.” 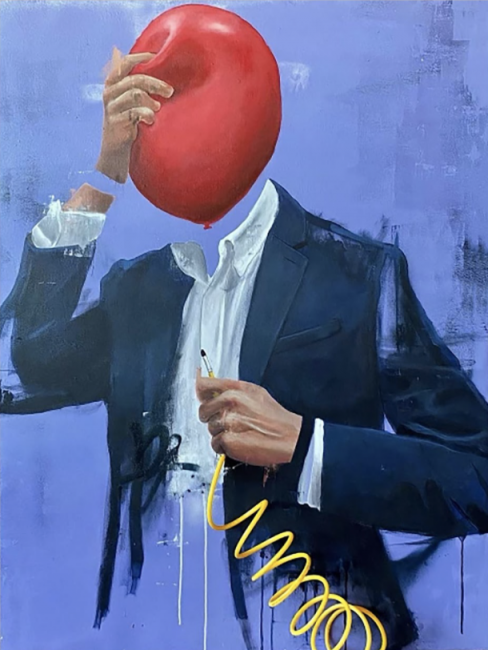 Barnes’ work navigates identity in an engaging and satirical way. His characters all come across as self-aware participants in their own destruction. He is able to make common flaws and human behavior into something memorable and eccentric. Barnes’ methods also combine several genres that are usually kept separately including, abstract, realism, and street art. Barnes refuses to deliver the ordinary, making every collection as fresh and inviting as the last.