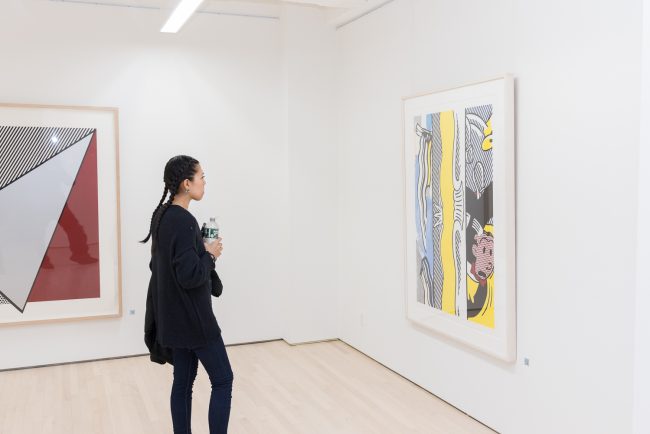 The subtlety of printmaking is the buildup of color layers. If you look at the prints of Roy Lichtenstein, the viewer can see the difference in the areas where the colors are different because of the overlapping buildup. Not only does it build up the surface density of the color, but it also sits differently in the fibers of the paper. As methodical as Lichtenstein’s approach to printmaking was, something not immediately apparent to the viewer,  the selection of his narrative subjects was deliberately humorous. Figures and forms seem to keep the viewer on watch to see how odd and far-fetched this artist’s ideas can be. 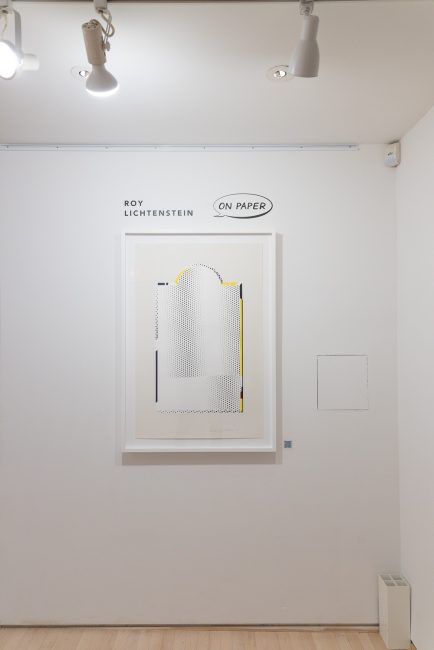 Lichtenstein had often before used variable-sized dots in his images. They can be found in the Mirror series (1972) and Imperfects (1988), as well as several others. 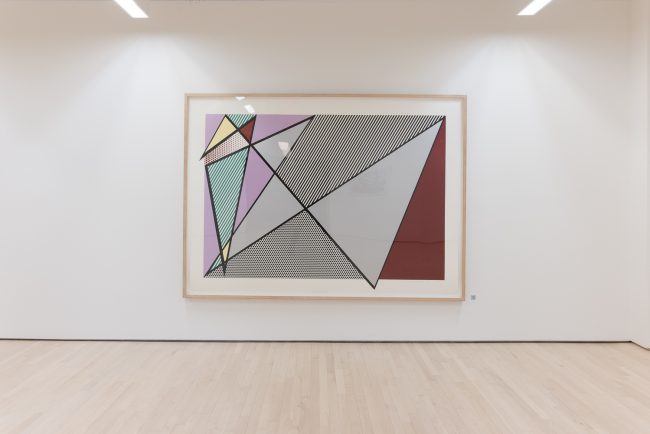 Starting about 1952, Lichtenstein’s major print theme was the American Indian (a subject he would later return to in the American Indian Theme series of 1980). The artist appropriated images from earlier art and American history. His images took on a new sense of space and scale, blanketing the entire pictorial surface. Printmaking provided for Lichtenstein an arena in which he is far more apt to play around, try something new, experiment with materials. The nature of reproduction , of multiple originals, of layered process and meaning are added to the mix compounding rich visual associations. 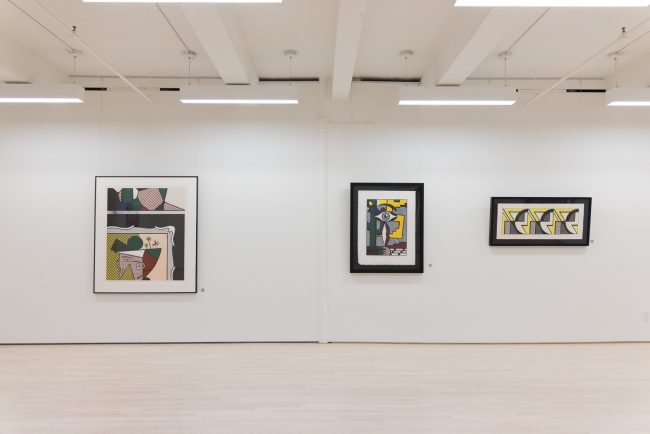 Lichtenstein explicitly explored still life as a subject. The term Still Life appears in the titles of these works, which often includes a brief and matter-of-fact description of the contents of the image, such as Brushstroke Still Life With Box and Brushstroke Still Life With Coffee Pot (1997). Executed in lithography and screen print at Styria Studio, New York and published by Multiples Inc. and Castelli Graphics, the works present a capsule summary of the subject. The works represent several different still-life types from food to art objects to objects grouped thematically. 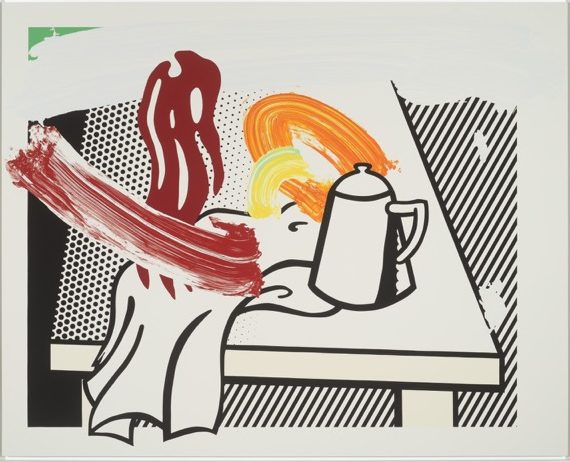 Part of the Reflections series (1988) but completed in 1990, Reflections On Expressionist Painting has its central image partly obscured by reflective streaks, as if behind glass or reflected in a mirror. Tyler Graphics Ltd. worked on the print that combines lithography, screen print and relief with collage and embossing 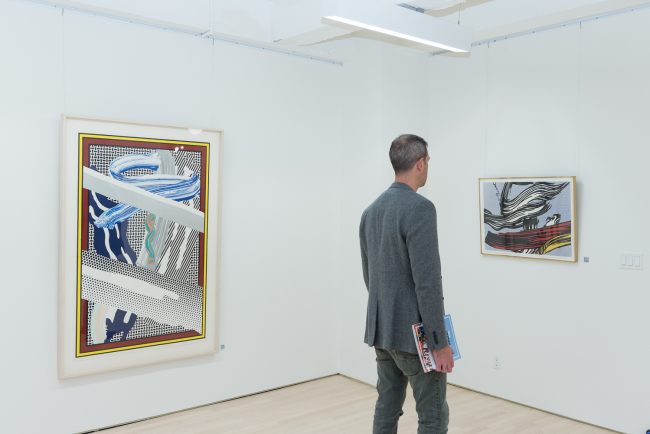 Opening November 10th, 2022 at Guy Hepner from 6-8pm EST, “Roy Lichtenstein: On Paper” will showcase formative works from the artist’s career that continue to inspire the narrative of pop art. For more information or inquiries, please contact info@guyhepner.comcreate new email to receive a full catalog of available works.