Of the contemporary artists who came to prominence in the 1980s, Longo is technically a draftsman—his signature large-scale works are amalgams of charcoal on paper, and the tactility of the medium is explicit when faced with the work. But Longo’s productions are arguably much closer to the cinema, his chiaroscuro subject matter seemingly created out of shadow and light. And like cinema, Longo’s works straddle a line between hyper-realistic and disturbingly surreal—time is frozen or extended or simply disintegrates, as what happens in his work refuses to resolve. 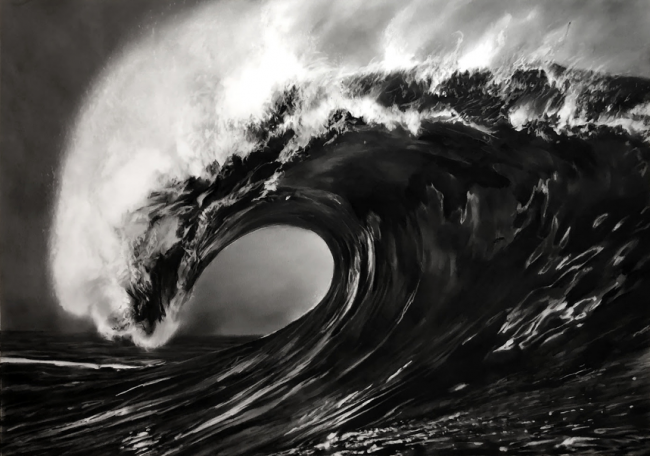 Over the course of his career, 61-year-old Longo has created images of nature (tumbling waves, great white sharks, tigers, flowers), of institutional power structures, and political fallout (the U.S. Capitol, the American flag, a fighter pilot mask, the detonation of the atomic bomb), and of personal, psychic spaces (a woman’s chest, a sleeping child, the interiors of Sigmund Freud’s home). He has also created some of the most prescient and haunting images of our age.

His twisting, falling business-suit figures from his early-’80s series Men in the Cities became a startlingly accurate artifact of fragility and human suffering after 9/11. (Even Johnny Mnemonic‘s fascination with a future where secrets are impossible to keep seems strangely prescient.) His most recent series of charcoal drawings that replicate or re-address famous American abstract expressionist works drive straight for the center of American mythology and the coercive symbolism of a cultural superpower. 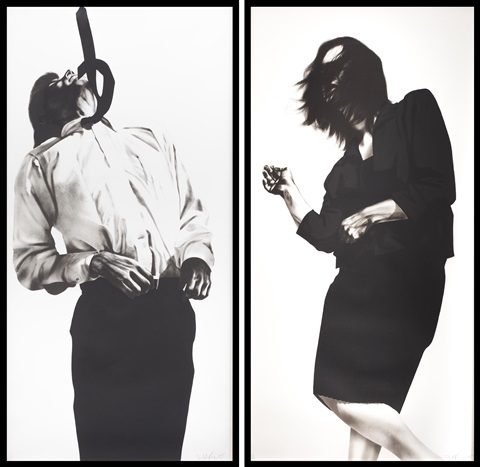 Longo’s Study Of works can be understood as preparatory sketches for larger themes within his career. Or are they more so records to preserve the memories of brilliant images? “In the late 19th century, painters actually had black-and-white copies made of their own paintings. They chose it even over photographs because they knew the photographic medium would distort their work. And this translation process becomes a highly subjective thing—turning reds and blues into black-and-whiteness. It’s really bizarre for me, “ Longo says. 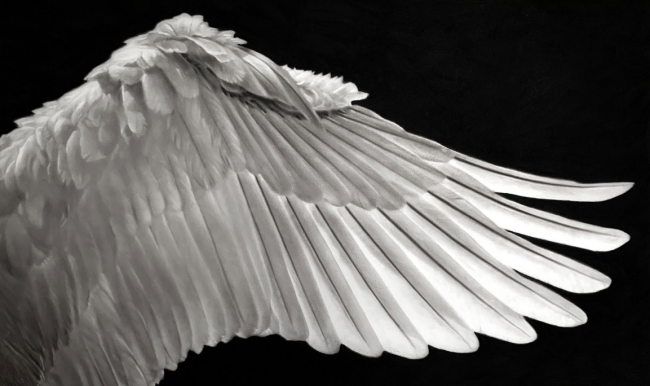