Robert Indiana: The Story Behind LOVE and HOPE

Best known for his iconic LOVE series, which has been reproduced in formats ranging from large public sculptures to postage stamps, Robert Indiana (1928 – 2018) explores the American experience using everyday objects and language. His work integrates non-art materials, ordinary language, and commercially-inspired graphic designs with more traditional elements of fine art. When asked about his LOVE series he says “oddly enough, I wasn’t thinking at all about anticipating the love generation and hippies. It was a spiritual concept. It isn’t a sculpture of love any longer. It’s become the very theme of love itself.” 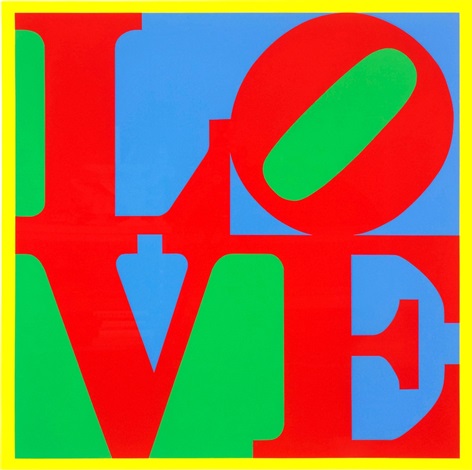 An admirer of early-20th-century American modernism, Indiana reflected on the questions of national identity posed by artists such as Andy Warhol and Edward Hopper; in particular, he builds upon their use of the familiar, the ordinary, or the industrial, to transform popular sources into fine art. His early works engaged with the mythology of America and the American Dream– with its illusory potential and its grimmer reality. As the American south exploded with violence in the late 1950s, early 1960s with the start of the Civil Rights movement, Indiana  painted a series of works devoted to former slave-holding states like Alabama and Mississippi. Each painting of the Confederacy series show a map of a southern state encased in multiple circles displayed much like a dart board. In the rings Indiana stenciled a caption: “Just as in the anatomy of man, every nation must have its hind part.” The use of circles can be seen also in his number series and brings forth the notion of a bull’s eye or a target, which is reminiscent of his own personal experience in the American military. 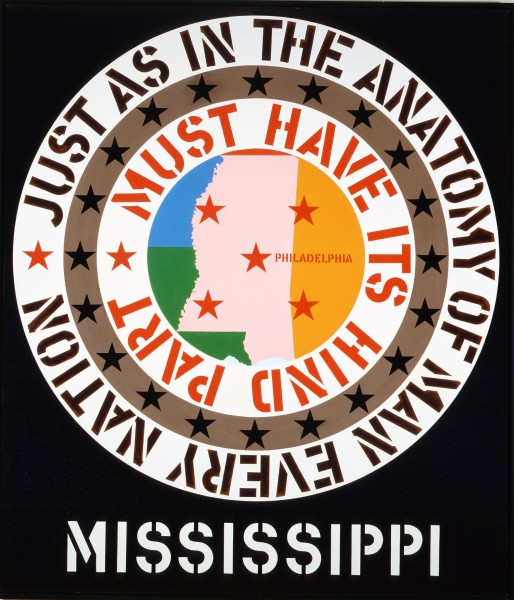 In 1961 MoMA acquired his star-studded painting The American Dream which was a turning point for the artist’s career.  Starting in 1966 LOVE could be found, in both authorized and unauthorized forms: as cufflinks, on skateboards, as a Google doodle. Indiana failed to copyright it, as he was wary of adulterating his artwork with a signature and so while the artwork quickly gained notoriety he did not. 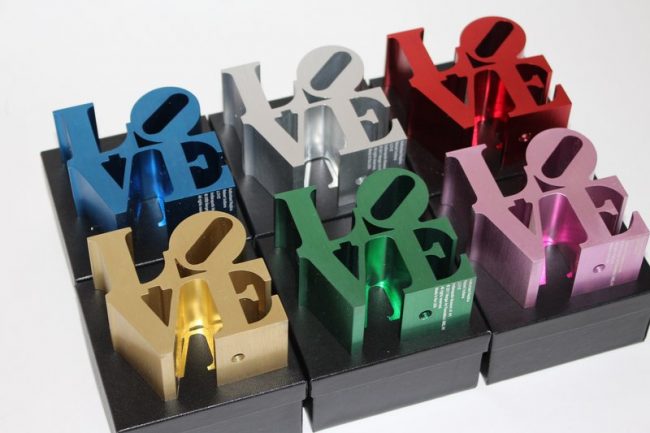 LOVE had countercultural implications as America intensified its campaign in Vietnam: for many in the antiwar movement, love and peace were interchangeable – and its universal invocation had particular resonance coming from a gay man in the years before Stonewall. LOVE was not a hippie affirmation, but rather an ambiguous artwork no less politically engaged than Indiana’s civil rights paintings. 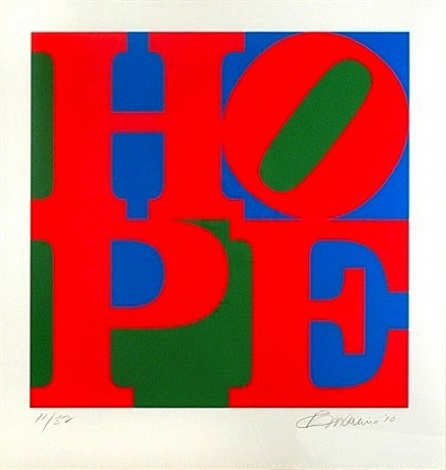 In 2008 he revisited his iconic LOVE work and recast the sculpture as another four letter word: HOPE. He then used this image to create extensive merchandise from t-shirts to pins in support of Barack Obama’s presidential campaign. “I was hoping to help him,” says Indiana. “I was hoping Obama would fare well, and he did.”