Richard Orlinski in the Wild

Richard Orlinski in the Wild

During a time when travel is limited, Richard Orlinski invites viewers on a virtual tour by showcasing his sculptures around the world. Since 2004, the French artist has been creating geometric sculptures of animals designed with the concept “Born Wild.” 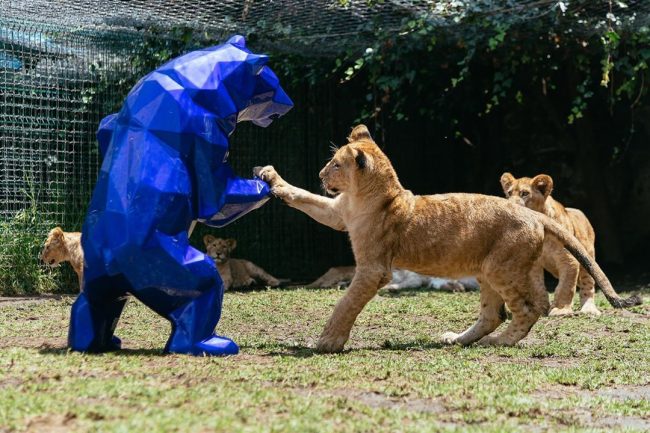 Orlinski unleashes his pieces into the wild, setting them against various backdrops from around the globe. This staged safari features landscapes from snow-capped tourist spots, to actual Savannah’s, where people (and other creatures) are invited to interact with the sculptures in their new habitat. Here, lions from the Black Jaguar White Tiger foundation in Mexico playfully paw at Orlinski’s Standing Bear. 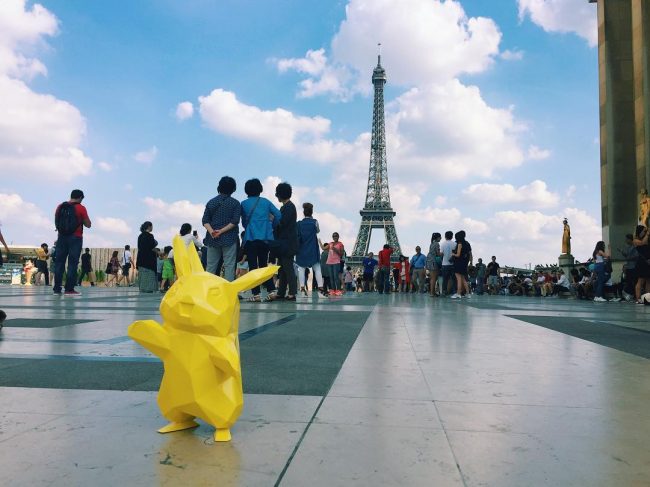 The motivation behind his travels is centered around not only visibility, but accessibility. Orlinski explains, “I attach great importance to popularizing my art by making it accessible. I like to exhibit my sculptures for free and in the open air.” Doing so has gained him over a million fans who follow him and his sculptures as they’re photographed around the world. Orlinski is known to hold competitions for his followers to find a sculpture’s location based on the picture, like with Pikachu in front of the Eiffel Tower. Oftentimes, he’ll give away the sculpture as the prize. Social media plays a crucial role for the artist as those who are unable to see the sculptures in person still have the opportunity to take part in Orlinski’s vision of having it set free in the world. 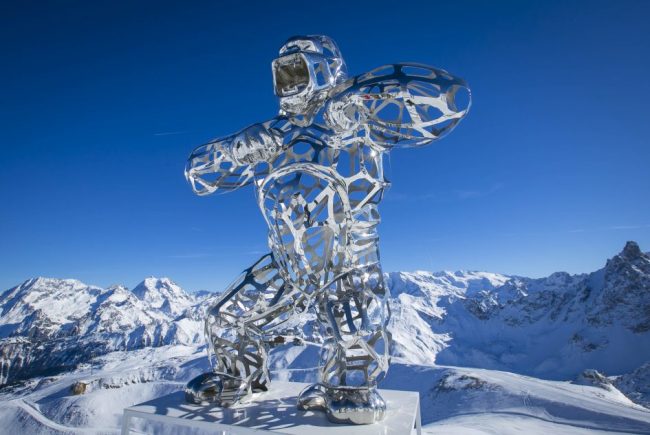 Out of all his animalistic sculptures, Orlinski says the work he identifies the most with is Wild Kong. He explains, “It is one of my most emblematic works, but it is above all the one that comes closest to man and the human being.” Wild Kong was installed in 2016 at the Courcheval resort, along with other distinguished species from the “Born Wild” collection. Every year, the mountains are transformed into an open air gallery, where Orlinski is frequently exhibited. 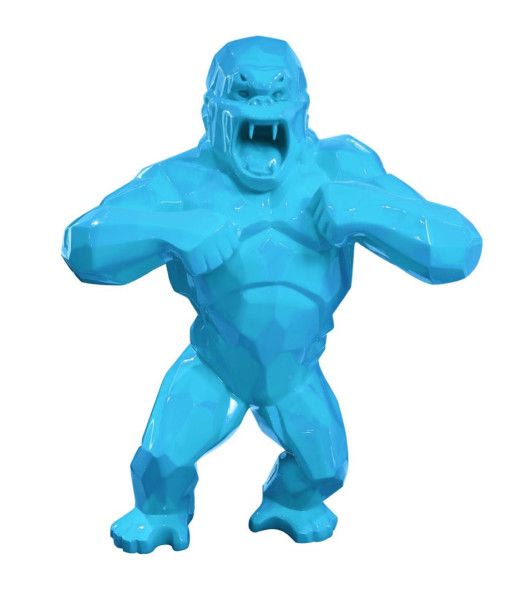 With bold colors and manicured edges, the separation between man and animal seems to diminish when looking at the sculptures. Orlinski’s pieces allow the ferocity and elusiveness of the animal kingdom to coexist with humans in a single space no matter what location.