In 1982, Richard Hambleton began his most famous public artworks known as the “Shadowman” series where he painted over 500 ambiguous dark shadow figures into the New York City streets, frequently found in dark alleyways or side streets with the purpose of evoking a reaction from the passer-by. Hambleton was a Canadian Conceptual Artist who was one of the establishing members of the Lower East Side Art Movement, becoming close friends with artists such as Keith Haring and Jean-Michel Basquiat. Moving beyond public art and murals, Richard Hambleton later composed and painted variations of his “Shadowman” works but on canvases, with depersonalized portraits entitled “Shadow Head Portraits”, in addition to paintings of cowboys riding horses inspired by Marlboro magazine advertisements. 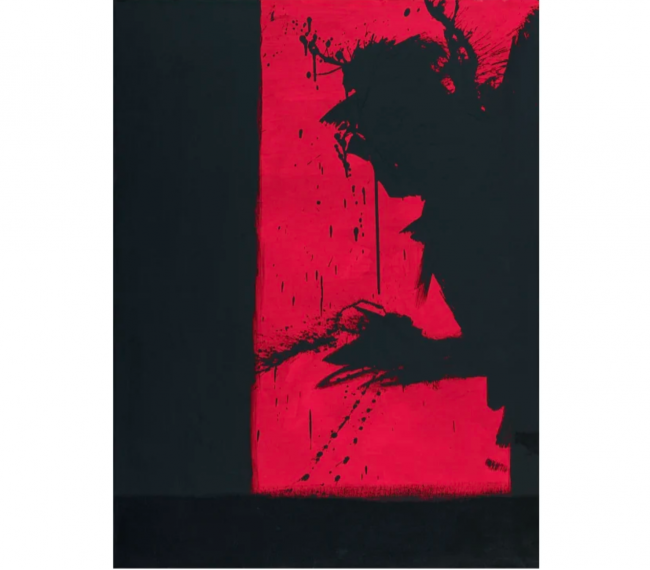 Arguably the first Artist to use the city as his canvas, Hambleton’s infamous “Shadowman” paintings, were life-sized silhouetted images of mysterious figures that evoked fear, shock, and surprise in corners across Manhattan and later, globally. “I painted the town black – I’m not trying to make a specific statement with them” Hambleton expressed. He wanted these figures to not only represent watchmen or danger, but also “the shadows of a human body after a nuclear holocaust, or even my own shadow” he stated. Hambleton wanted to capture the split-second excitement and experience when one is confronted with the figure and argued that these ‘Shadowmen’ enhanced the ‘urban picture’.  The fascination with the Shadows turned into the abstract “Shadow Head portraits” print and painting series.

Hambleton’s later ‘The Horse and Rider’ series appropriated his cynical view of American consumerism, in particular, the Marlboro advertisements and their manufactured ideal of the “American Hero” and therefore he created this new series of works which depicted scenes of American cowboys riding horses. These dynamic and spirited artworks beautifully capture the motion of the horse combined with the macho energy of the cowboy. This series, in particular, explores masculinity, sexuality, and mortality, as he romanticizes the American West, similar to that of Franz Kline, yet also critiques and uses American consumerism and commercialism like Andy Warhol. Hambleton experimented with a variety of textures and paint, sometimes even using tobacco in the paint, coining it the “black lung effect’. 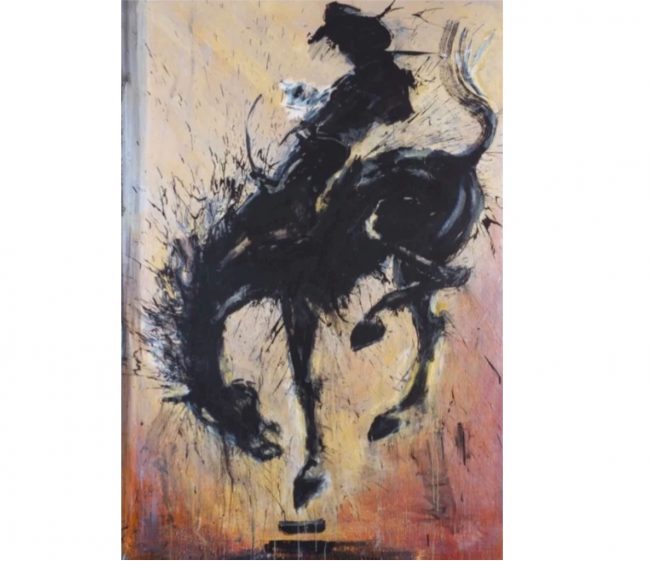 Horse and Rider, 2015 by Richard Hambleton

Hambleton was regularly referred to as the American Pop-Expressionist Artist and has been highly influential in the Street and Contemporary Art Worlds and paved the way for his contemporaries such as Haring and Basquiat as well Banksy, KAWS  and Blek le Rat among many other street artists that have been inspired by Hambleton’s work. 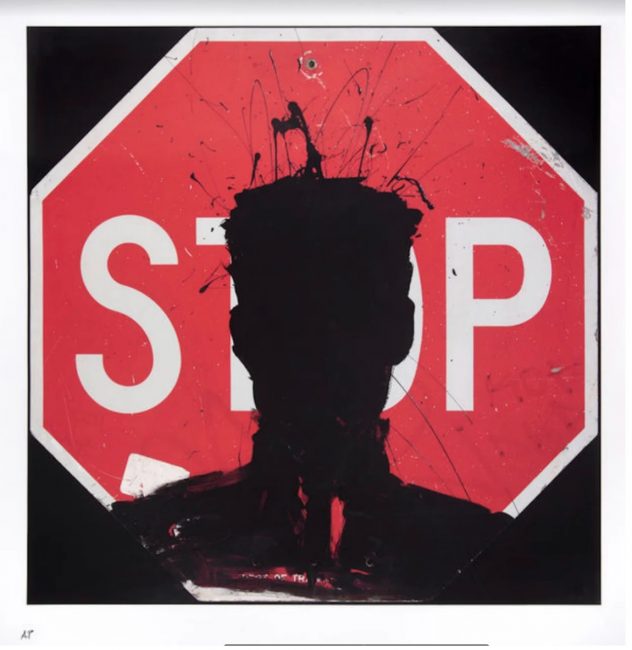