Contemporary American Artist, George Condo, is known for his figurative paintings and prints that often feature fragmented portraits juxtaposed with dramatic imagery. Recontextualizing paintings from the ‘old masters’ with added references to contemporary culture, Condo’s work is heavily influenced by artists from the past, notably Pablo Picasso. It is clear when confronted with Condo’s paintings that he is heavily inspired by Picasso’s cubist forms of faces and bodies. George Condo appeared out of the New York art scene around the 1980s and quickly positioned himself as a unique and exceptional painter within the contemporary art world. 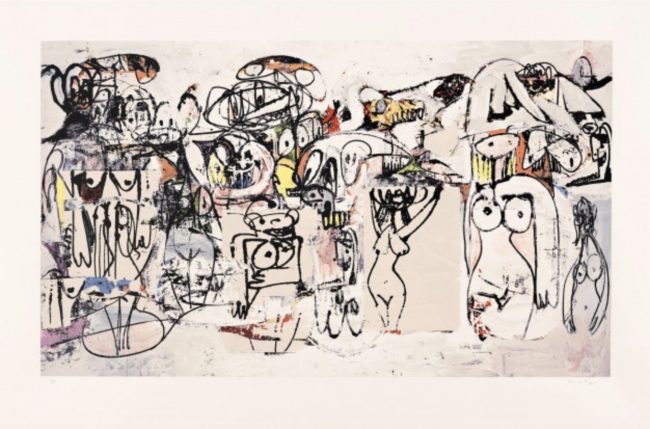 Invocations Of Miles by George Condo

For Condo, Sketching and drawing provide expressive freedom, relating to Abstraction. Studying Picasso’s work while a young painter,  Condo consumed plenty of Picasso’s ‘pictorial grammar’, evident in Condo’s work “Invocations of Miles” (2000).  Both Picasso and Condo learned to paint within the common conventional structures of classical portraiture, and then both ended up uniquely adapting this structure after it had been exhausted. Spanish Artist, Pablo Picasso, exposed his viewer’s to a new type of fractured portraiture by adopting “Analytical Cubism” which is characterized by fragmented shapes and multiple and overlapping viewpoints. George Condo speaks of his similarity to Picasso and explains that ‘I describe what I do, as psychological cubism. Picasso painted a violin from four different perspectives at one moment. I do the same with psychological states.”

Picasso established fresh and new approaches to portraiture in order to illustrate the emotions of his subjects. He would often focus on an intimate group of close friends, family members, and lovers.  Picasso’s portraits reveal his exceptional skill for capturing a likeness and conveying personality as well as a state of mind.  Condo is well known for his Picasso-like portraits that incorporate extreme physical features combined with a very bright and varied color palette. Condo identifies his practice as ‘Artificial Realism’ which he characterizes as ‘the creation of a realistic representation of that which is artificial’. 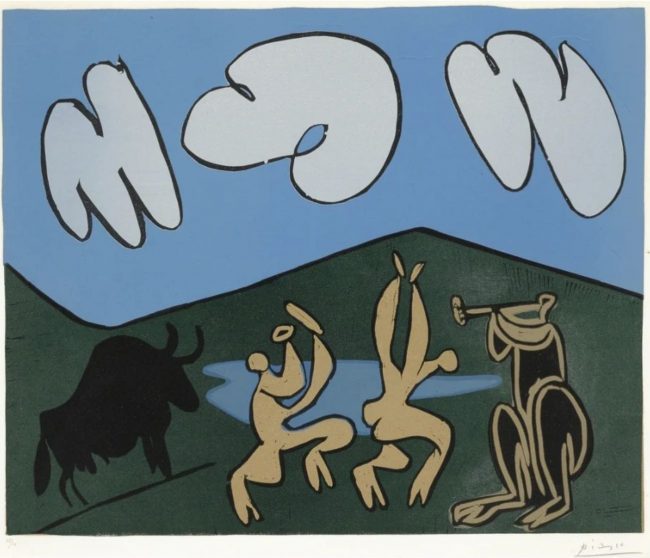 For all their similarities, Condo and Picasso differ when it comes to the choice of their subjects. As mentioned, Picasso worked people he knew whereas Condo’s subjects are invented figures inspired by contemporary culture. Picasso regularly painted the women in his life such as his young daughter. Condo, on the other hand, selects his subjects from a cast of characters that he has fabricated, yet some of these figures are derived from imitations of reality. A Condo portrait forces viewers to analyze and determine the contrast and separation between fact and fiction, whereas Picasso’s subjects indicate the artist’s insights into their individual essences. 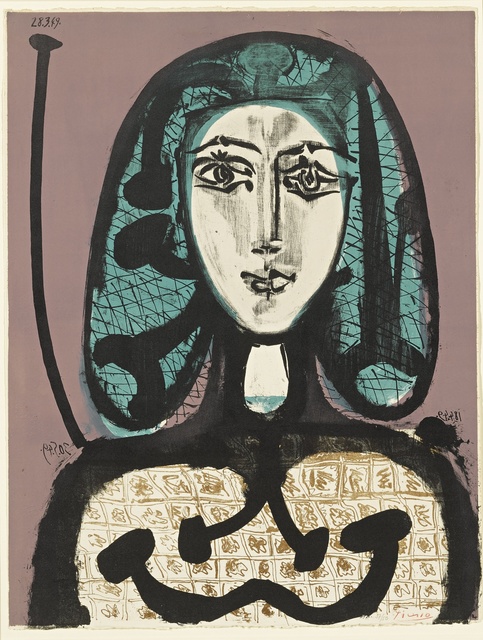 Condo’s manufactured sitters represent our individual, complicated, awareness about humanity and mankind. Through the use of similar shapes, cubist forms and abstract colors, Picasso and Condo’s artworks have been united and linked across era’s, even though their subject matter, artistic practices, and attitudes have set them apart.