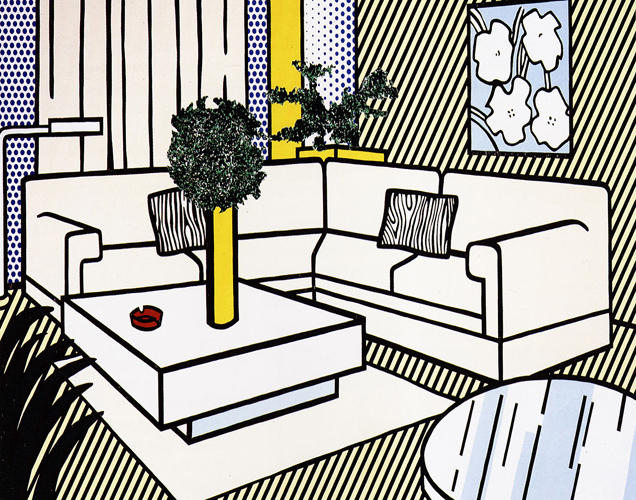 The readymade image of the Interior Series by Roy Lichtenstein reflects his interest in the paradox between fine art/design.