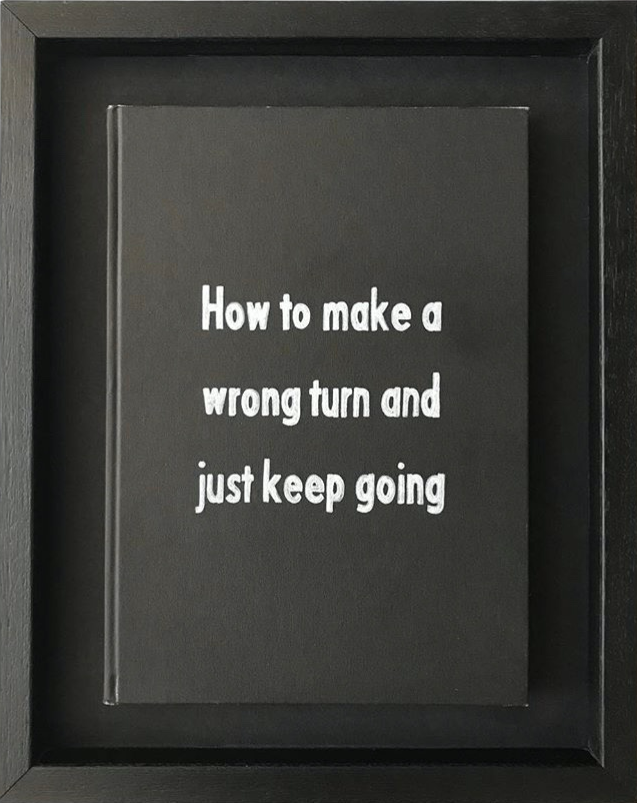 Johan Deckmann is a Copenhagen-based artist, practicing psychotherapist and author, whose works examine the complications of life through witty one-liners painted on the covers of fictional “self-help” books. These book titles, though often filled with scathing satire and humour, tackle life’s biggest questions, fears, and absurdities.

One of the most powerful aspects of Deckmann’s works is that every reader can relate to at least one them on a highly personal level, regardless of what cultural background, gender or age group. Titles such as “How to disappoint and just keep disappointing – Disappointment made easy” can resonate with anyone, but instead of remaining sinister, the work is made humorous by using the same language that you might find on a cook book or instruction kit. “How to burn out instead of fade away” might be most fitting for people that live in big cities under pressure.

Strongly influenced by artists such as Robert Rauschenberg and Louise Bourgeois, Deckmann says “I want my works to be like mirrors. When you look at them you might not like what you see but like a mirror, you now get the awareness and the chance to change something. People often respond That’s me! That’s what I do to myself! Why do I do that?” He continues “I think that making art helps me to be more defined as a psychotherapist. In one way, I distill my thoughts in my works and it makes me very sure of my view on things.”