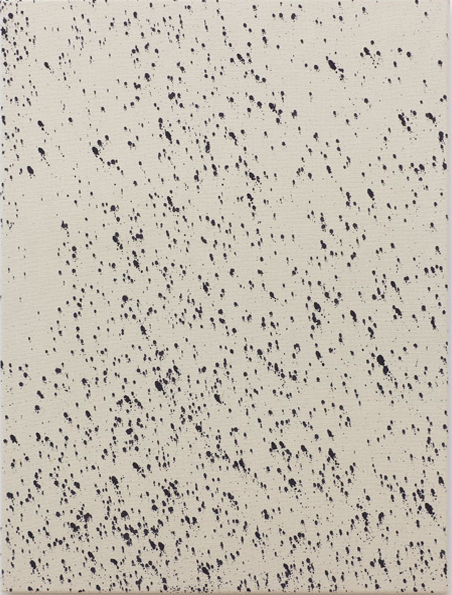 In his paintings Lucien Smith has captured memories of the natural world. His Rain Paintings, an early series created in upstate New York with a paint-filled fire extinguisher, are elegant abstractions of the weather.

In the past three years, 25-year old Lucien Smith has exploded as an international art world darling, creating an instantly recognizable body of work anchored by his highly sought after Rain Paintings. Smith began his career as a member of the Still House Group, an artist-run organization institutionalized by the success of Louis Eisner, Nick Darmstaeder and Brendan Lynch. He is a painter and sculptor [2] experimenting with the results of amalgamating various art genres, concepts, and techniques in his work. In 2012, Forbes featured Smith in its list of 30 notable individuals under 30 in the category “Art & Style.”

Smith’s art—of which a large body concerns painterly abstraction—seems to push for a sense of order or pattern in the natural world, or at least some final refuge to safeguard or revere. In fact, it was after he graduated from Cooper Union in 2011 that Smith decided to spend time upstate exploring his craft. ” The result was a surprising suite of absabstractions called Rain Paintings, consisting of monochromatic or multicolored drops sprayed via an old-fashioned paint-filled fire extinguisher on white canvas.

Smith says, “It’s become popular to be an artist,” he says. “People understand what art is supposed to look like, and so it’s easy to make something that looks like art but isn’t—especially in an abstract form. I’ve been guilty of that in the past. But a way to avoid that dangerous territory is to have the language and ideas, those tools, which come before what the final piece is going to look like.”

Since graduating, Lucien Smith has had a number of solo shows in New York, California, and London. Recent exhibitions include Salon 94, The Susan Geiss Company, and Half Gallery in New York, OHWOW Gallery in Los Angeles, Bill Brady in Kansas City, and Brand New Gallery in Milan.