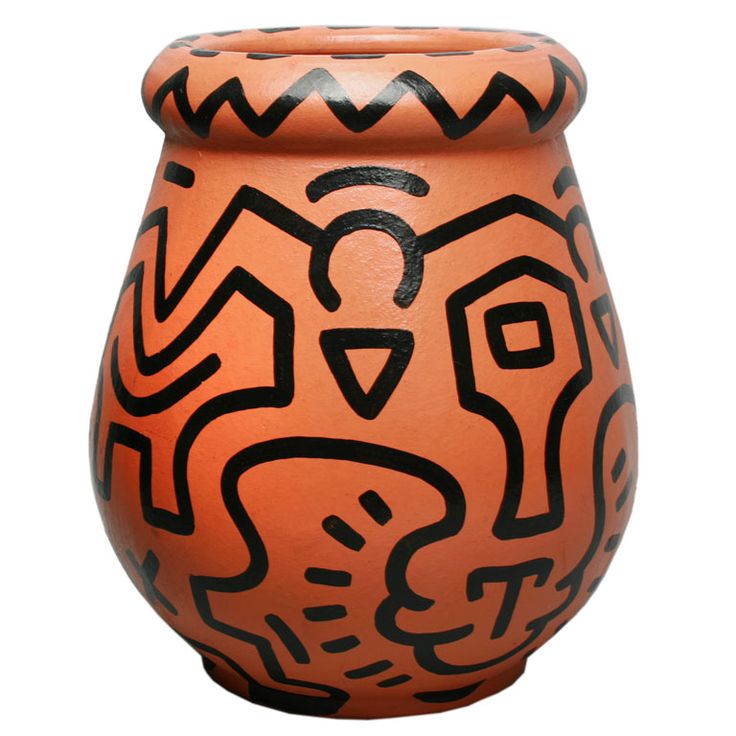 Radiant Baby from the Keith Haring Icons series. Created by the artist in 1990 this is an unique piece that captures Haring’s classic style.“Radiant Baby,” is one of Haring’s most seminal characters, typifies the artist’s iconographic and hieroglyphic style.

“I began by visiting a workshop on the outskirts of Milano where they produce terracotta pieces. I chose several vases of different sizes and shapes and began the next day to systematically sand, wash, and then embellish the
surface with marking ink. The largest of these was big enough for me to stand inside of. There were several small vases which I was attracted to because of their similarity to the shape of nuclear cooling towers. The confrontation
between the history of vase paintings and the comntemporary approach of drawing with marker and the mixture of contemporary and ancient symbols produces an ironic mixture of opposites.” –Keith Haring

Along with Jean-Michel Basquiat, Haring was a central figure in Warhol’s creative and social circle. Through his public murals, subway drawings, as well as his prints and paintings, Haring created a range of images that have become internationally recognized and heavily iconicized across a bevy of genres and industries.