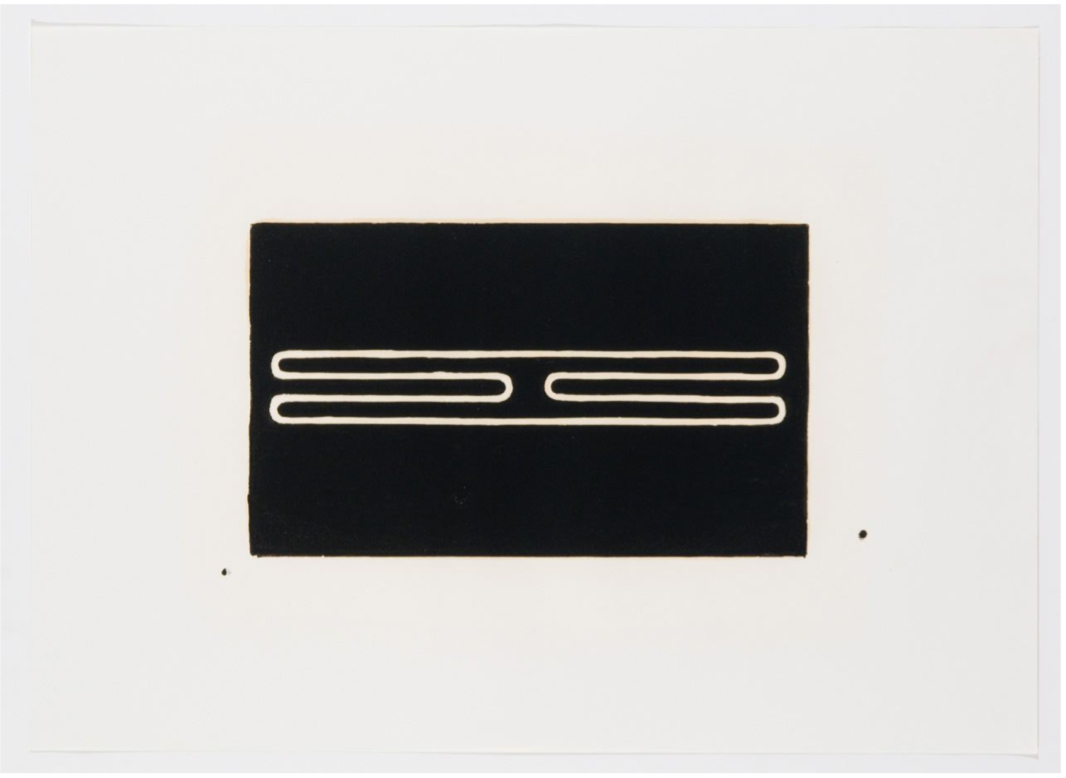 Judd’s prints and paintings reveal his curiosity in minimalism, space, and structure. The paintings from the early 1960s, reflect his experimentation with repeated forms, a reduced color palette and new textures such as wax, sand and plywood surfaces. Over the last four decades, he composed and created hundreds of prints using woodcutting, etching, screenprinting and aquatint techniques. Judd’s woodcuts provided sharp, clean and angular lines allowing him to move away from figuration and more towards minimalist lines.

American Artist, Donald Judd, still remains one of the most significant artists of the Twentieth Century,  known for his large sculptures and minimalist prints. Born in 1928 in Missouri, Judd served in the US Army before working as a painter and Art Critic, having studied art history and philosophy at Columbia University, as well as having taken painting classes at the Art Students League. In 1965, Judd wrote “Specific Objects” what is considered to be one of the most compelling texts of the minimalist movement. As an art critic, he wrote reviews for ‘Arts Magazine’ from 1959-65 and transitioned from an abstract painter to a sculptor who rebuffed the conventional frameworks of art, and concentrated on the examination of space, embracing industrial materials and unified shapes. Throughout his career, Judd advocated for the importance and power of art and artistic expression.

Judd is mostly known for his furniture and sculpture work that investigates the nature of objects, spaces and the relationship between the two. “A work can be as powerful as it can be thought to be,” he once wrote, “Actual space is intrinsically more powerful and specific than paint on a flat surface.”. Judd’s installations and sculptures demonstrate his consideration for space itself as it’s own material. His mediums are typically industrial materials, associated with the Bauhaus School, such as iron and steel which adds an impersonal, mass-produced element to his work. Judd’s sculptures are often presented on the floors, intended to force the viewer to confront the space and their own existence.