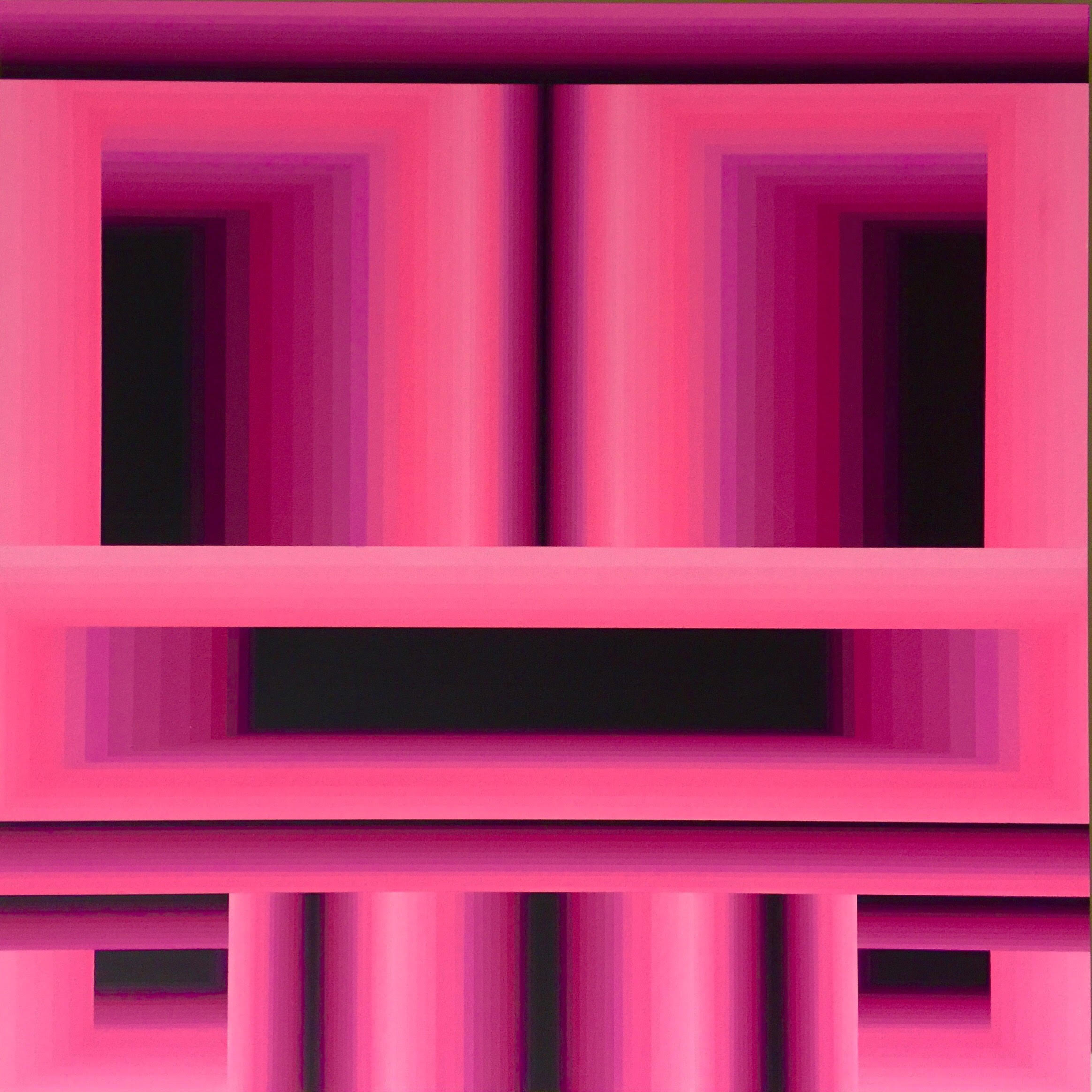 Dalek ‘s body of work revels in a profusion and hyper-abundance of color and planes of space. Once the apprentice for world renowned artist Takashi Murakami, Dalek has gained his own recognition. His artwork has appeared on a wide variety of mediums, including sneakers, sculptures and even a Scion car.

James Marshall—commonly known as the artist Dalek—made his mark in the art world with his iconic Space Monkey character, which looks like a catatonic, twisted mouse. “The Space Monkey is my concept of a human being,” he says. “It’s a tool for relaying and exploring ideas.”

Marshall grew up in a military family, and his childhood was punctuated by drastic moves every couple years. He lived up and down the East Coast, and ended his high school years in Japan. He turned to the subcultures of punk rock, skateboarding and graffiti for inclusion and identity.

Rendered in a minimalist, flat style, Dalek used the Space Monkey like an alter ego, a visual manifestation of his feelings, as well as his love for the absurdity of human interactions.

His new body of work revels in a profusion and hyper-abundance of color and planes of space. Dalek has published two books featuring his artwork, as well as being included in many other books and magazines. His artwork has appeared on a wide variety of mediums, including sneakers, sculptures and a Scion car.

Merging animation, Japanese pop art, and an urban aesthetic, James Marshall is best known for his Space Monkey character—a strange, vaguely humanoid mouse that he would depict in an array of bright colors and twisted circumstances, often wielding a butcher’s cleaver. Working under the name Dalek, Marshall expressed his ideas through the Space Monkey character until 2007, when he began working in a purely abstract style. He has always been engaged in skateboard and graffiti subcultures, and Marshall cites his two-year assistantship in the studio of controversial Japanese artist Takashi Murakami as a formative experience.