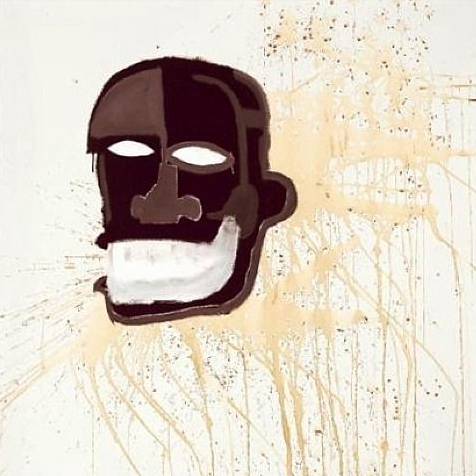 Untitled Head – by Basquiat demonstrates the artist’s rare ability to bring together a variety of techniques into one coherent image.

Known as a political-poetical graffiti artist, Basquiat’s body of work is a Neo-Expressionist and Primitivism aesthetic. Encoding a series of words and symbols, Basquiat represents elements of his cultural heritage as a social commentary on racial segregation and alienation. The loosely defined and abstracted image reflect a fragmented and torn individual.

Jean-Michel Basquiat’s paintings represent the transition he made from leading figure in the underground art scene to the established world of international art stardom. The frenetic pace at which Basquiat would execute his paintings indicates that he wielded his paintbrush just as adeptly as a draughtsman handles his pencil.

The rapid coalescing of energetic brushstrokes, sweeps of spray paint, drips of pigment directly from the container and even swipes of paint dragged by the artist’s own fingers all demonstrate Basquiat’s rare ability to bring together a variety of techniques into one coherent image.