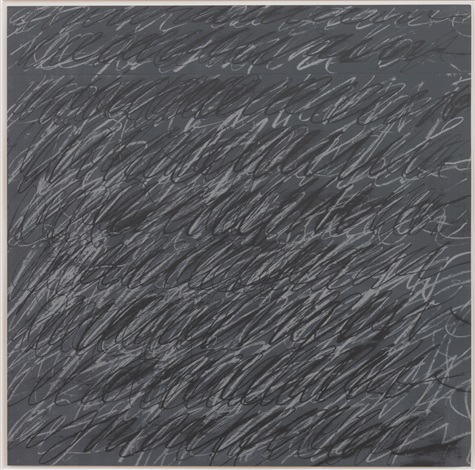 Untitled from on the Bowery by Cy Twombly

Untitled from on the Bowery by Cy Twombly

Although at first glance the graffiti-like scribbles and scratches of Cy Twombly’s work might resemble art made by a naughty child of Jackson Pollock, it is nothing of the kind: it is the work of an erudite, sophisticated, and emotional painter. Whereas the work of Pollock and the Abstract Expressionists emerged in 1940s New York, where their existential inner dramas were enacted against the acutely felt backdrop of World War II, Twombly’s work was part of the next generation, emerging during the 1950s in Europe – a Europe that was trying to forget and rebuild. Twombly, based for the most part in Rome, thus focused on his immediate surroundings, responding to the history and beauty he found there, combining aspects of both traditional European sources and the new American painting.