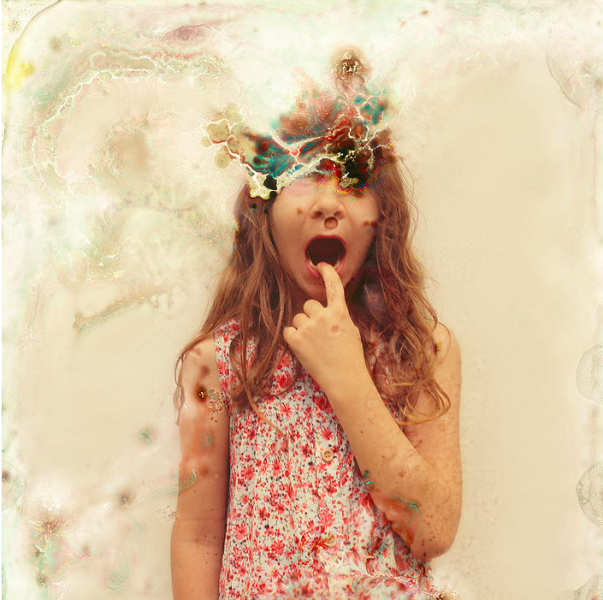 ‘Impermanence’ is about an idea that all the matter including all the life forms collapse in our spatial-temporal dimension we belong to. The conceptual idea was inspired by the second law of thermodynamics.

Seung Hwan Oh works and live in Seoul, where he was born and raised until moving to New York where he studied film and photography at Hunter College. His work and practice stems from his i interest and approach towards other disciplinary thoughts and ideas, from philosophy to sciences. His most recent work, was inspired by the notion of the first advent of vision in life on earth, and his most current work focuses on implementing microbial growth on film as a means to explore the impermanence of matter as well as the material limitations of photography.

In world saturated with idealized images by images that are easily produced and dispersed. Seung-Hwan Oh brutalizes and mistreats his images in order to make them sick, revealing not just the physicality of the photograph itself but the life of the artwork.

For Impermanence, Seung-Hwan Oh exposes his practice to Science. As a microbiologist, he cultivates fungus that he applies to his film. Through this process, the microorganisms slowly devour the film. The artist proposes a depletion of an image.  The intended result is what appears through disappearance.

Oh has worked on this project for three years, where he has improved and increasingly controlled the effects of the microbes on the films. The poetry of his process and images remains in this uncertainty. Even if he doesn’t control the action of the fungus, he is still fully conscious of its chaos. They are cultivated with such a unique precision that he is able to achieve certain vulnerability in his portraits.