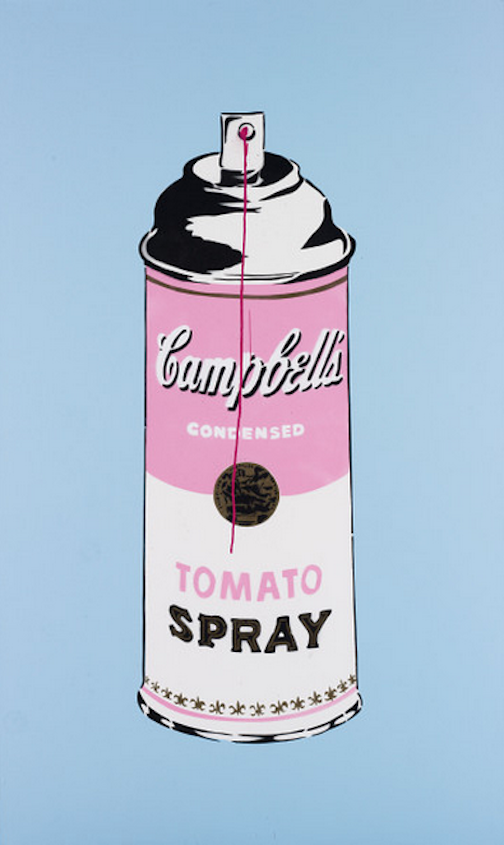 Tomato Spray (Pink) is a unique work by Mr. Brainwash.