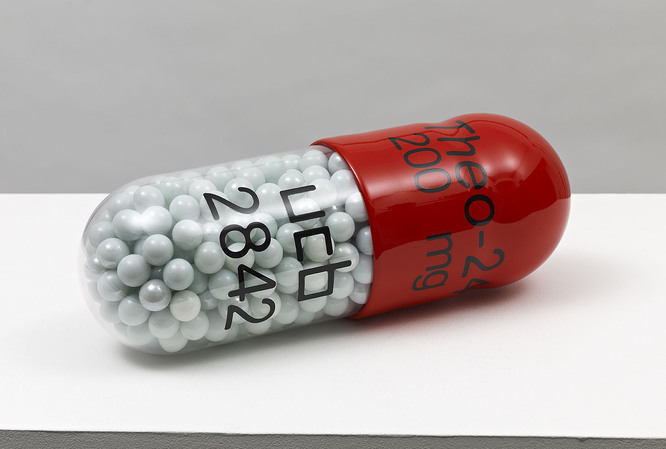 Predominantly based upon the minimalist aesthetic of the medicinal pill, the works on display act as a continuation of Hirst’s life-long investigation into our almost-spiritual relationship with the rigours of science and the pharmaceutical industry.