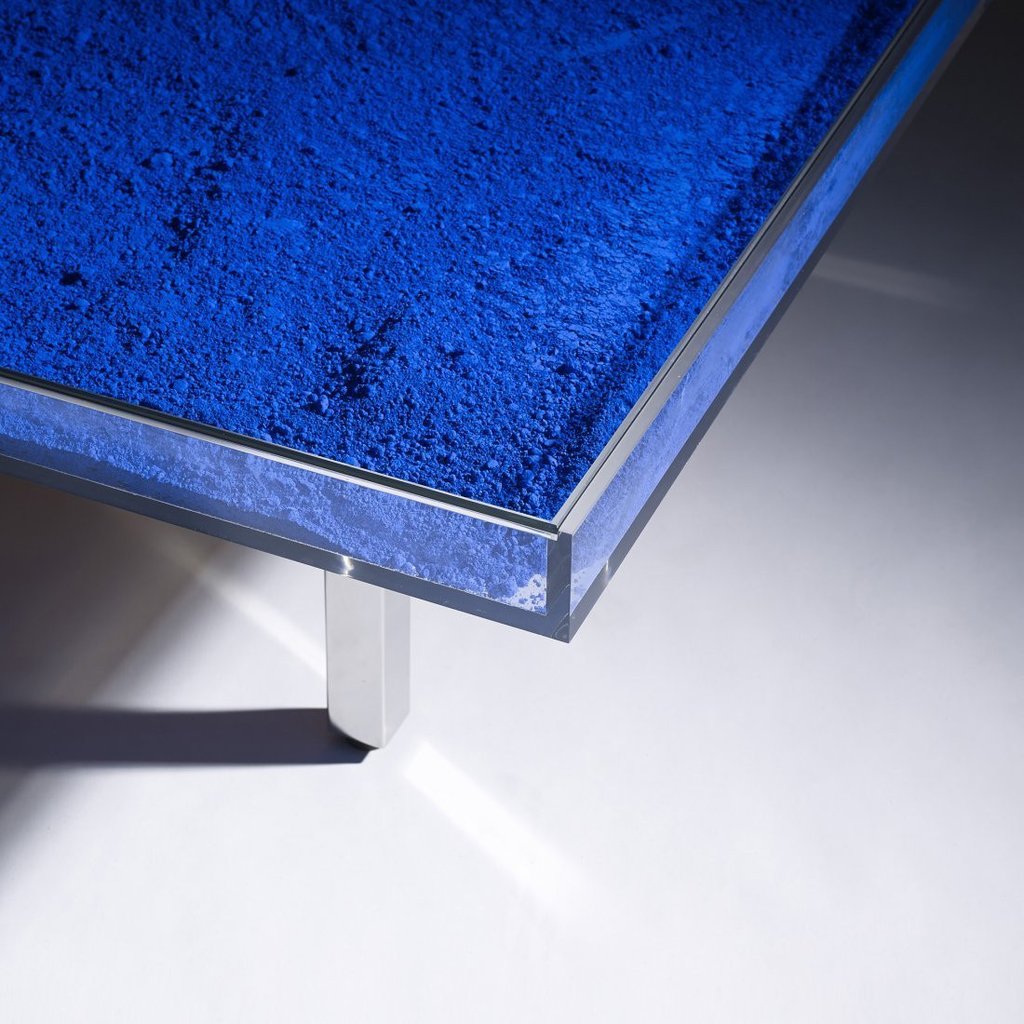 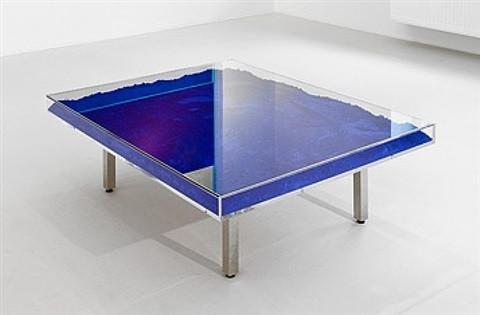 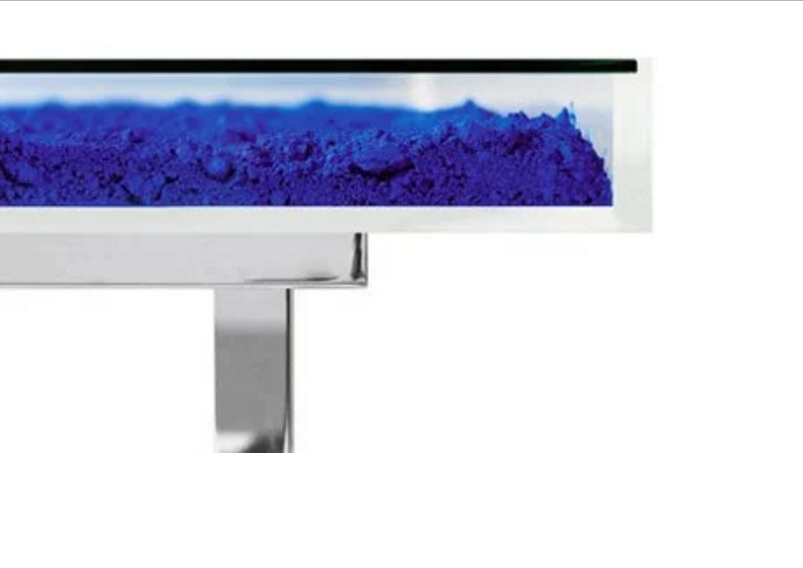 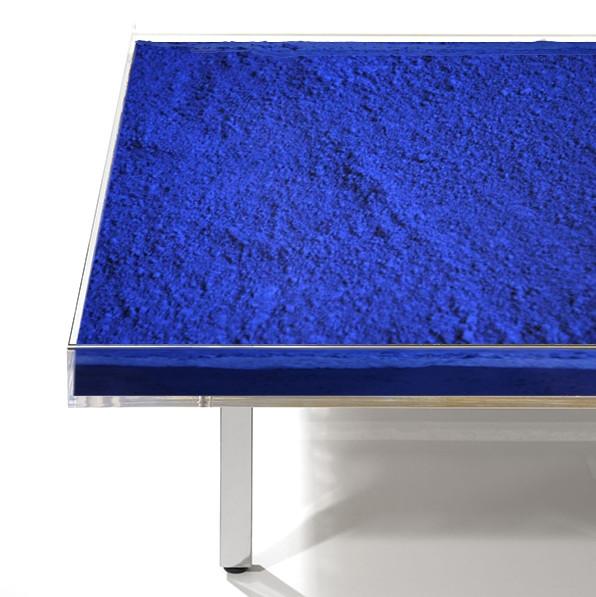 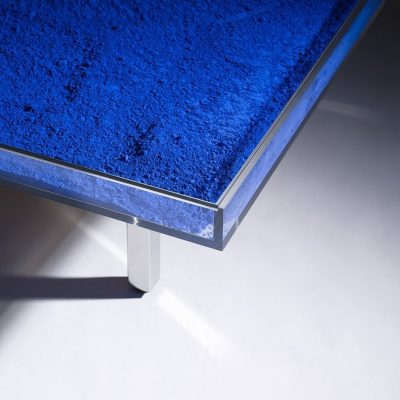 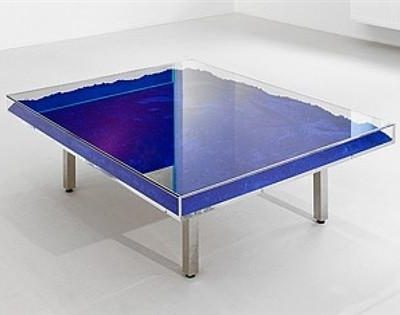 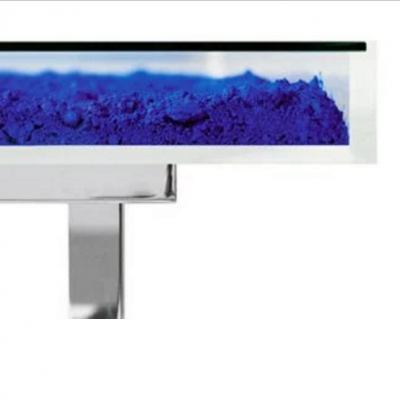 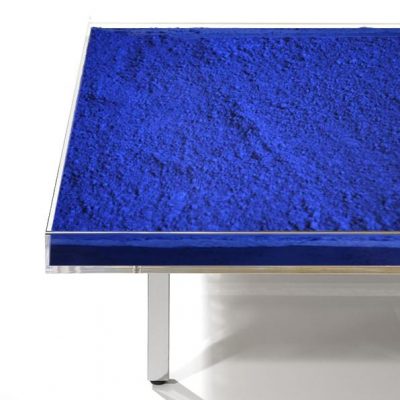 This iconic table is from an edition begun in 1963 under the supervision of Yves Klein’s widow, Rotraut Klein-Moquay, based on a model he designed in 1961. The artist died in 1962 and other than the two models owned by his estate there are no vintage tables in this edition. From 1963 to the present, the Yves Klein Estate in Paris, France has overseen the production of this coffee table edition.