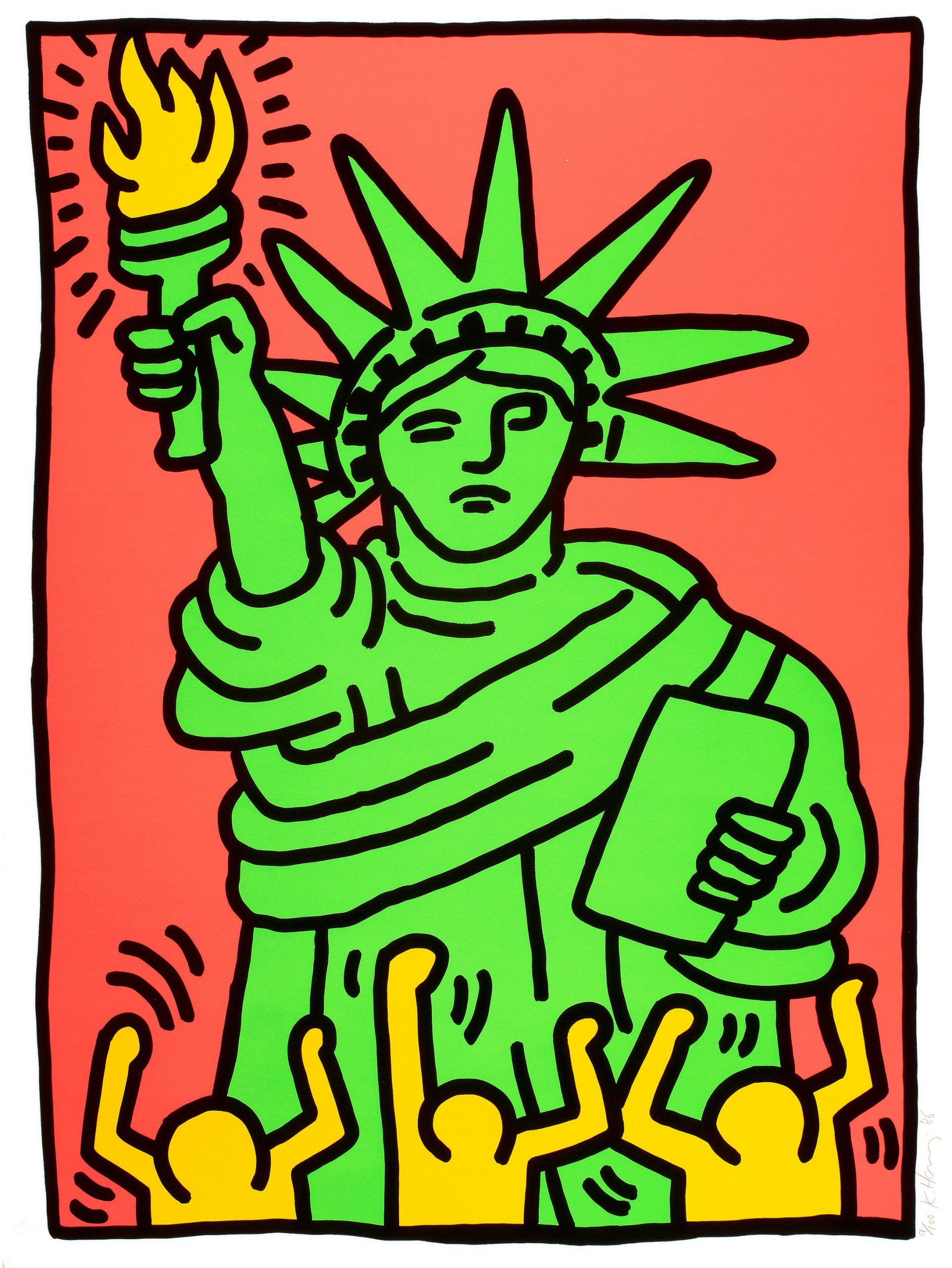 In 1982, having become a well-known activist-artist, he formed friendships with the likes of Madonna, Kenny Scharf and Jean-Michel Basquiat. Between 1982 and 1989 he had over 50 public works in many countries around the world. In 1986, he created his famous mural, “Crack is Wack,” on a handball court in East Harlem. In the same year, he met Andy Warhol who became the theme of many works including Andy Mouse. These relationships, particularly with Andy Warhol, proved to be a strong factor in his future success.