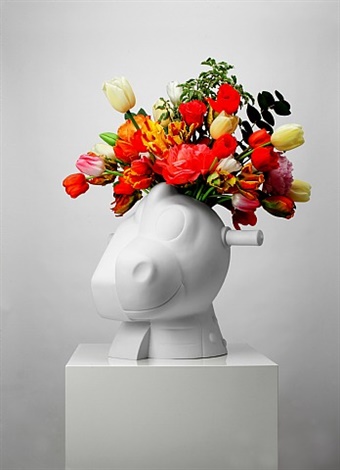 Inspired by his son’s rocking horse and a toy dinosaur, Koons melded the two heads into one Picasso-like asymmetrical whole, with “handles” protruding from each side