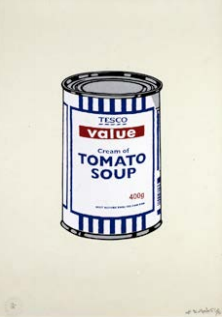 Soup Can (Original) by Banksy

Soup Can (Original) by Banksy