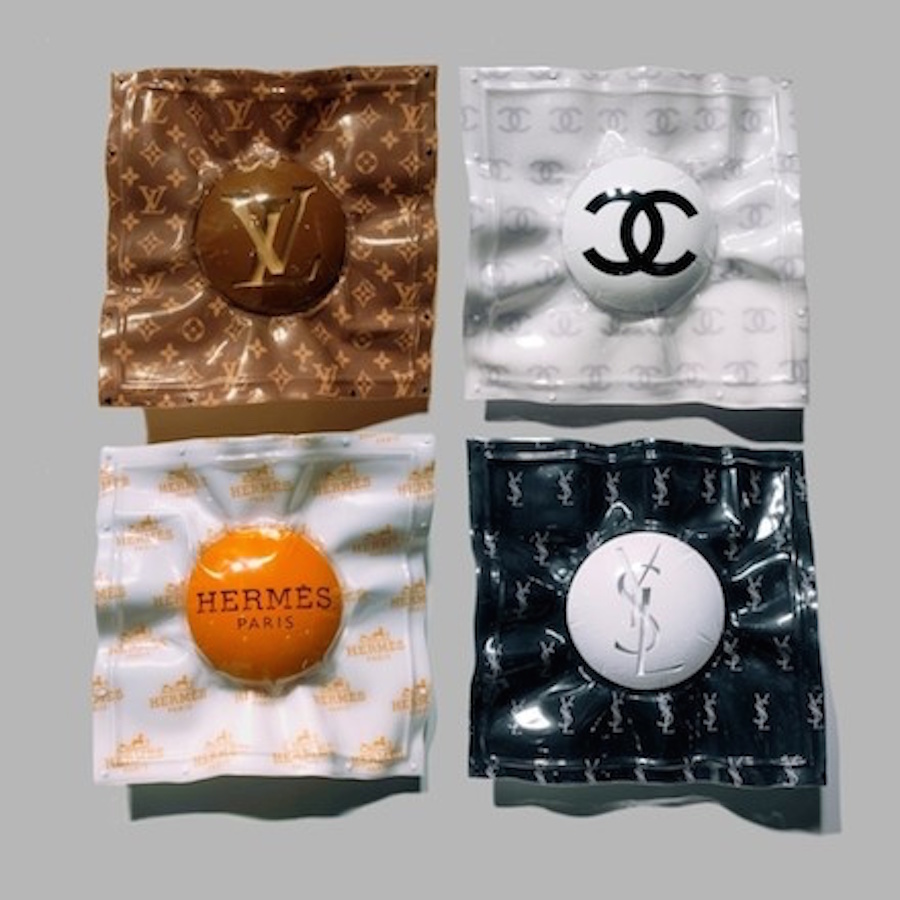 The Designer Drug Series is symbolic for the concept of dependency. Chanel, Louis Vuitton and YSL are representative of the consumeristic manner of materialistic consumption. The full package “deal” is coated with satire and humor classic of DOC.