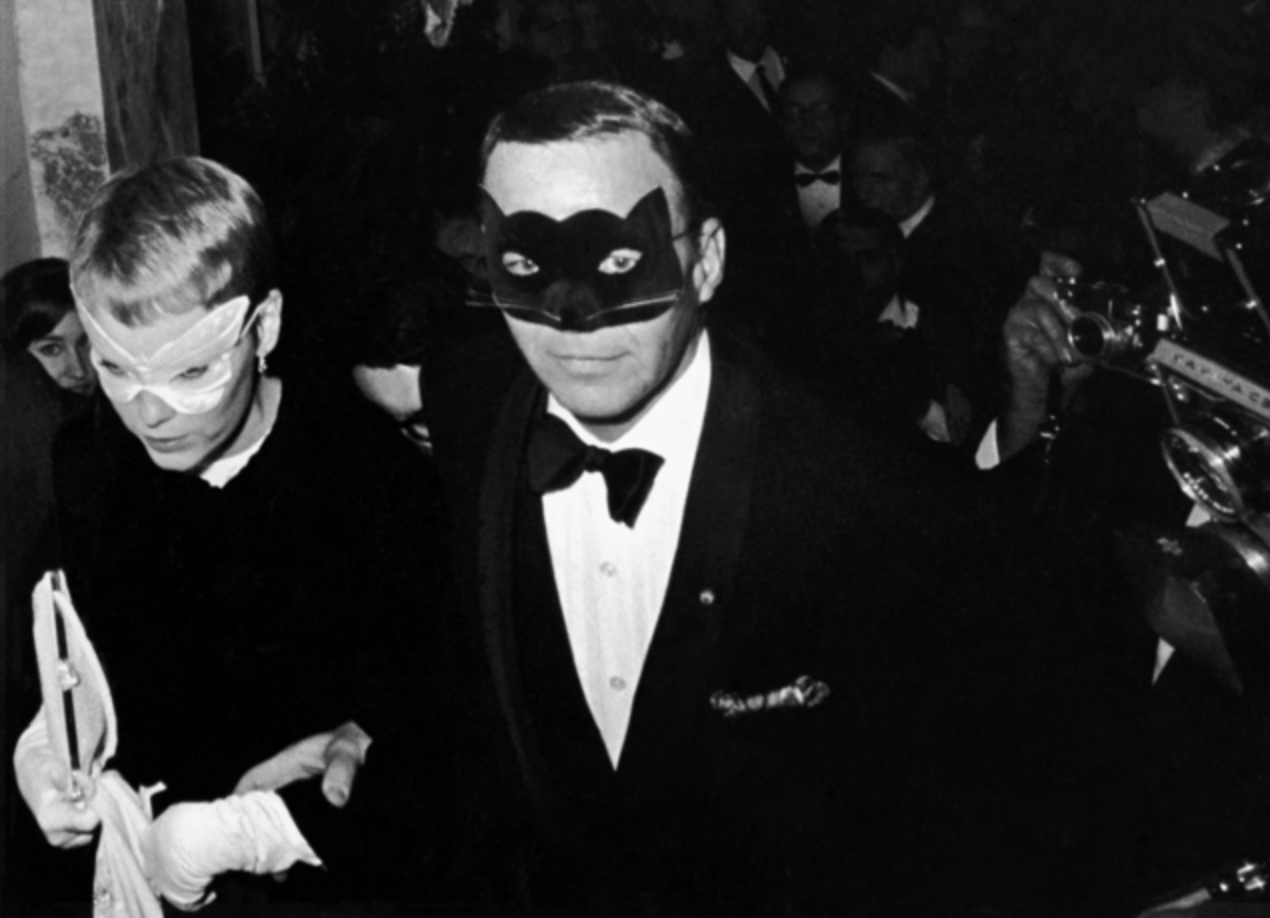 Sinatra and Farrow by Harry Benson

Sinatra and Farrow by Harry Benson

Scottish born photojournalist Harry Benson arrived in America with the Beatles in 1964. Harry has photographed every U.S. president from Eisenhower to Barack H. Obama; was just feet away from Bobby Kennedy the night he was assassinated; in the room with Richard Nixon when he resigned; on the Meredith march with Martin Luther King, Jr., next to Coretta Scott King at her husband’s funeral; on maneuvers with the IRA; was there when the Berlin Wall went up and when it came down; and covered the aftermath of Katrina in New Orleans.

In 2013 Harry received an Honorary Doctor of Letters from The University of St. Andrews, Scotland. On January 1, 2009, Harry was appointed a Commander of the Order of the British Empire by Her Majesty Queen Elizabeth II and received his honor at Buckingham Palace in March. In London in November 2009 Harry received an Honorary Fellowship in the Royal Photographic Society. Harry was honored with a Doctor of Letters from the Glasgow School of Art and Glasgow University in 2007. Twice named NPPA Magazine Photographer of the Year, Harry received the 2005 LUCIE Award for Lifetime Achievement in Portrait Photography; the 2005 AMERICAN PHOTO Magazine Award for Achievement in Photography; the 2006 Lifetime Achievement Award from the Scottish Press Photographers Association; and has twice received the Leica Medal of Excellence. He has had 40 gallery solo exhibitions and fourteen books of his photographs have been published.

His photographs are in the permanent collection of the Scottish National Portrait Gallery in Edinburgh, and the Smithsonian National Portrait Gallery in Washington, DC, both museums hosted his Harry Benson: Being There exhibition (2006-7). A major retrospective exhibition of Harry’s photographs was at Kelvingrove Museum in Glasgow from June to September, 2008.

Harry was under contract to LIFE Magazine from 1970 to 2000. His photographs appear in major magazines including Vanity Fair, Town & Country, Architectural Digest, Time, Newsweek, Vice, Paris Match, and The London Sunday Times Magazine. Harry lives in Wellington, Florida with his wife, Gigi, who works with him on his book and exhibition projects. Their two daughters, Wendy and Tessa, live and work in Los Angeles.