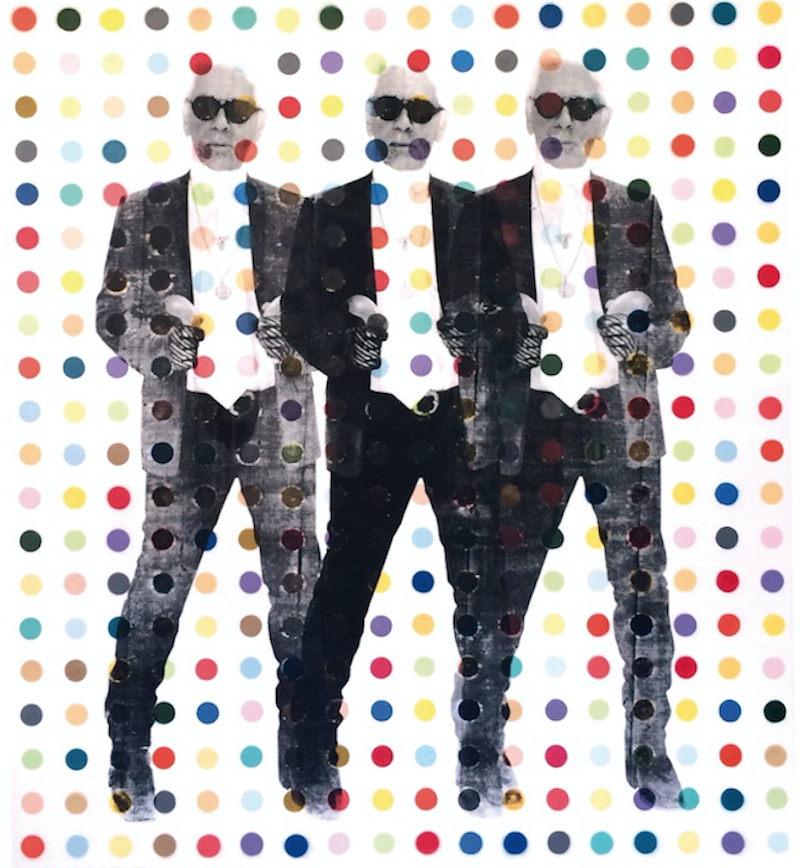 Niclas Castello takes on Chanel and the infamous Karl Lagerfeld in his new print series. The works feature his infamous Designer fire extinguishers in a new medium. Castello is interested in making the mundane glamorous.