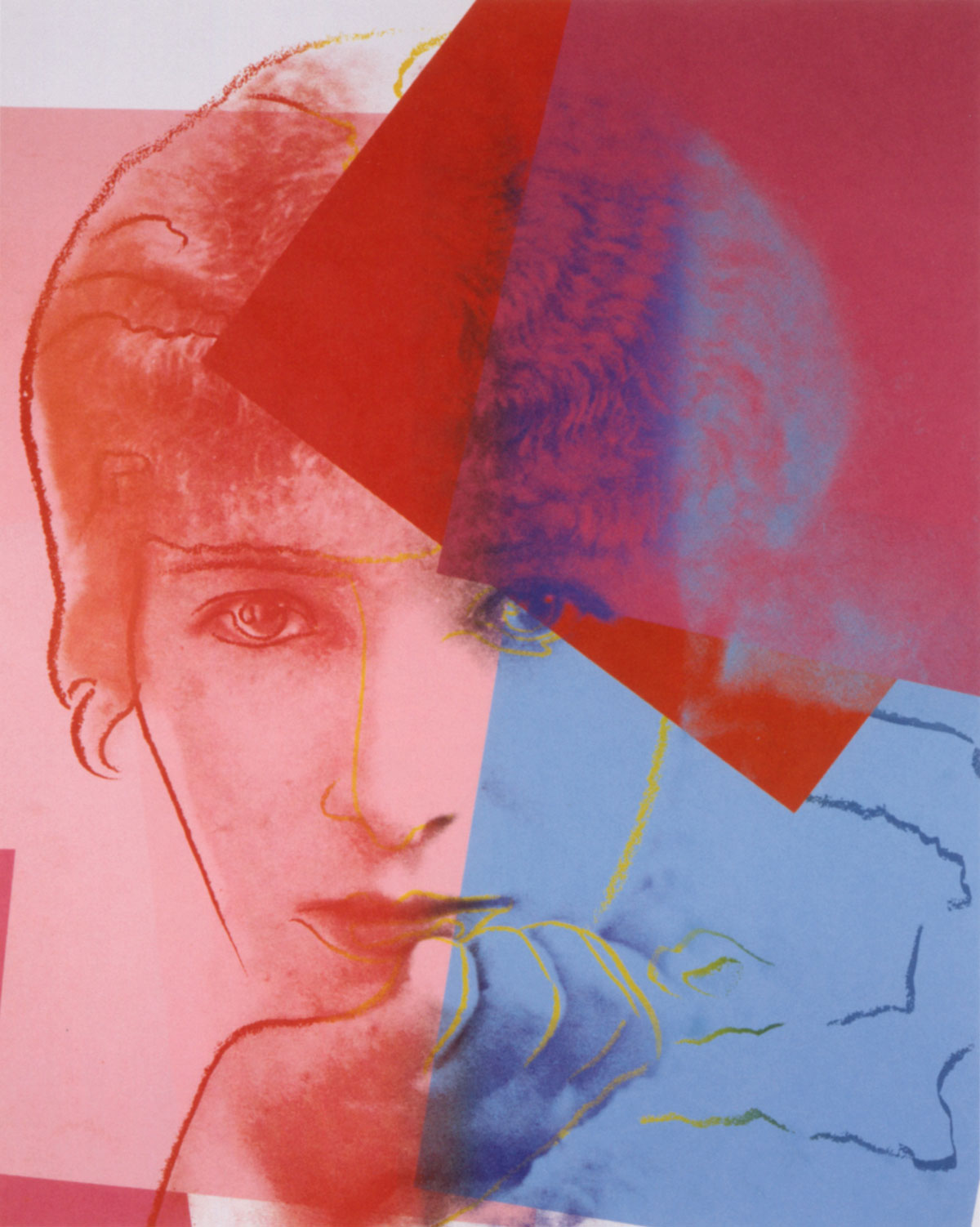 Sarah Bernhardt by Warhol from The Jews Portfolio (234)

Sarah Bernhardt was a French stage and early film actress, and has been referred to as “the most famous actress the world has ever known.” Bernhardt made her fame on the stages of France in the 1870s, at the beginning of the Belle Epoque period, and was soon in demand in Europe and the Americas. She developed a reputation as a serious dramatic actress, earning the nickname “The Divine Sarah.”

Sarah Bernhardt is from Andy Warhol’s series Ten Portraits of Jews from the 20th Century. The portrait of Sarah Bernhardt, in which her beautiful, ghostly face is layered over a square divided diagonally into blue and orange fields, with a tilting blue square floating in the orange area, is evocatively layered and disjointed. The geometric layering adds a modern touch to the classic beauty. The overall impression of the series, however, is of generic illustration.