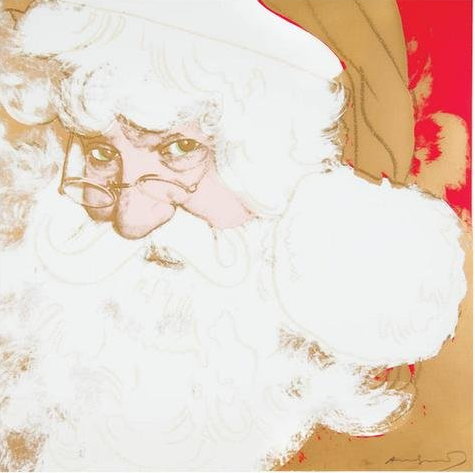 Santa Claus is part of Warhol’s Myths portfolio, which also included characters such as Superman,Howdy Doody and Dracula.

Santa Claus by Andy Warhol from the Myths Portfolio