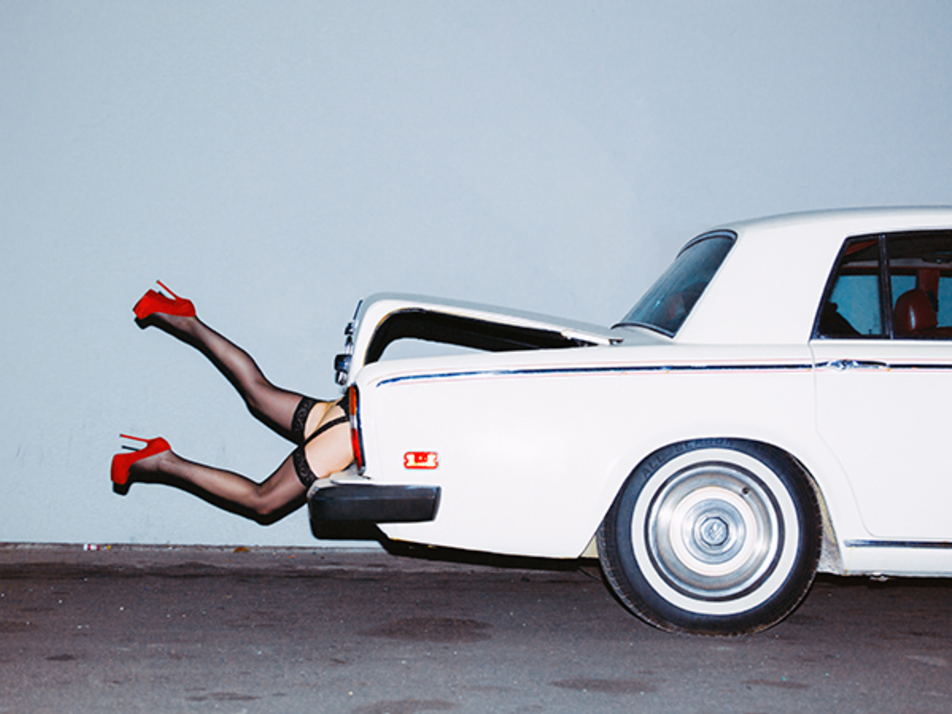 Rumers in the Boot by Tyler Shields

Los Angeles-based photographer Tyler Shields seeks “beauty in chaos,” capturing both young models and celebrities such as Lindsay Lohan and Mischa Barton. His polished editorial images and surrealistic portraits contain a penchant for explosive color and violent overtones. For the series “Chromatic” (2012), Shields gave models bags of colored powder and then pitted them against each other to create a vibrant war in rainbow hues. Always high energy and full of life, the photographs act as windows into a more glamorous world.

Rumers in the Boot by Tyler Shields