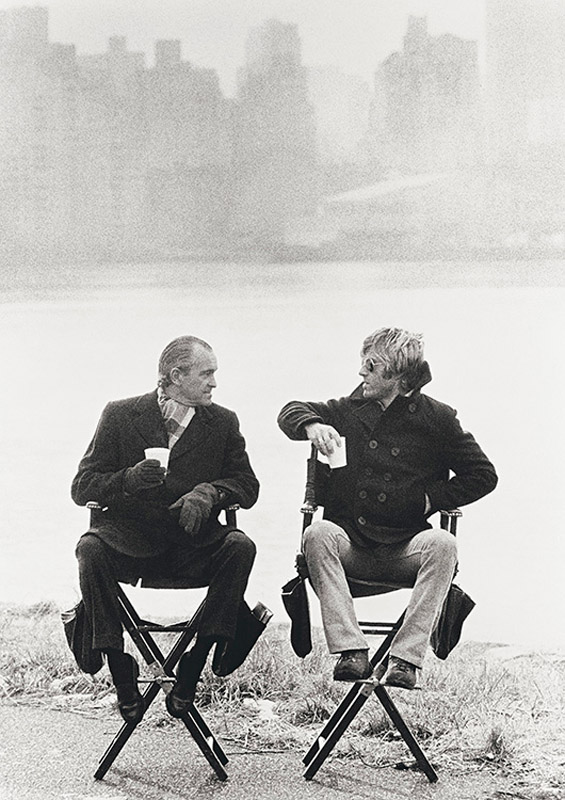 Richard Helms, former director of the CIA, visits Redford (who played a CIA analyst) on the set of the film ‘Three Days of the Condor’ in New York.

Richard Helms, former director of the CIA, visits Redford (who played a CIA analyst) on the set of the film ‘Three Days of the Condor’ in New York.