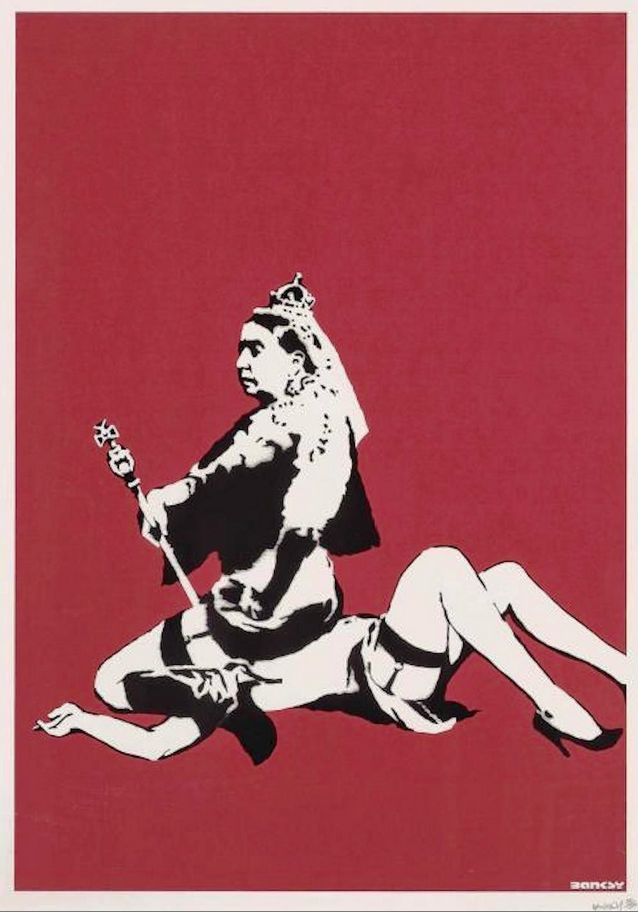 Queen Victoria by Banksy seamlessly criticizes government and depicts the English monarch from 1837 – 1901 in a less than expected manner.