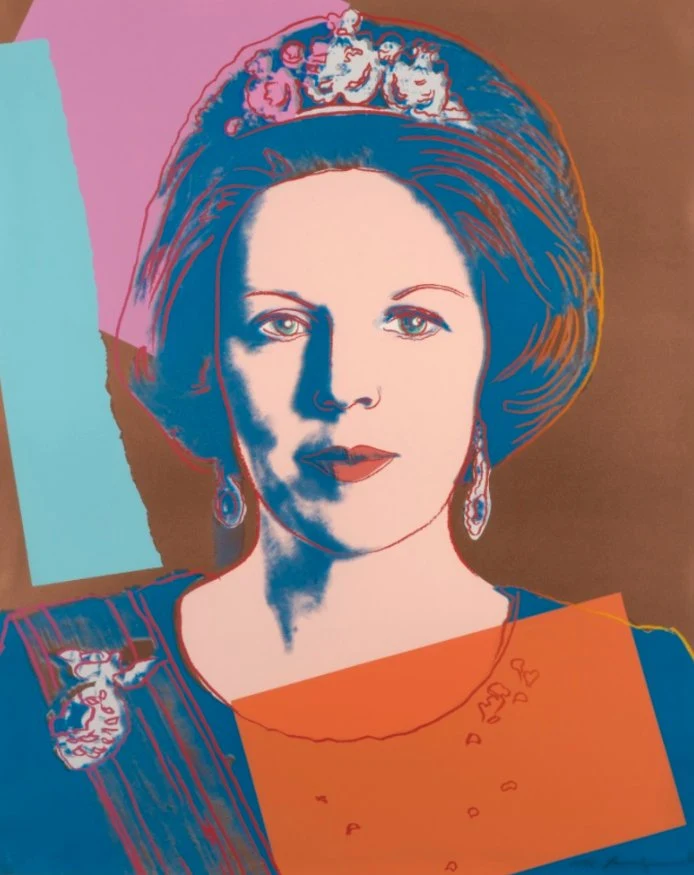 Queen Beatrix of the Netherlands FS II 338 by Andy Warhol

Reigning Queens was created by Andy Warhol in 1985 and featured four different queens. The first series of this portfolio includes four works on Queen Elizabeth II of the United Kingdom. The colorful screenprints are based on a formal photograph of the queen wearing a tiara and necklace that was used during her Silver Jubilee celebrations in 1977.

Queen Beatrix of the Netherlands FS II 338 by Andy Warhol

For more information on work like Queen Beatrix of the Netherlands FS II 338 by Andy Warhol, contact info@guyhepner.comcreate new email.