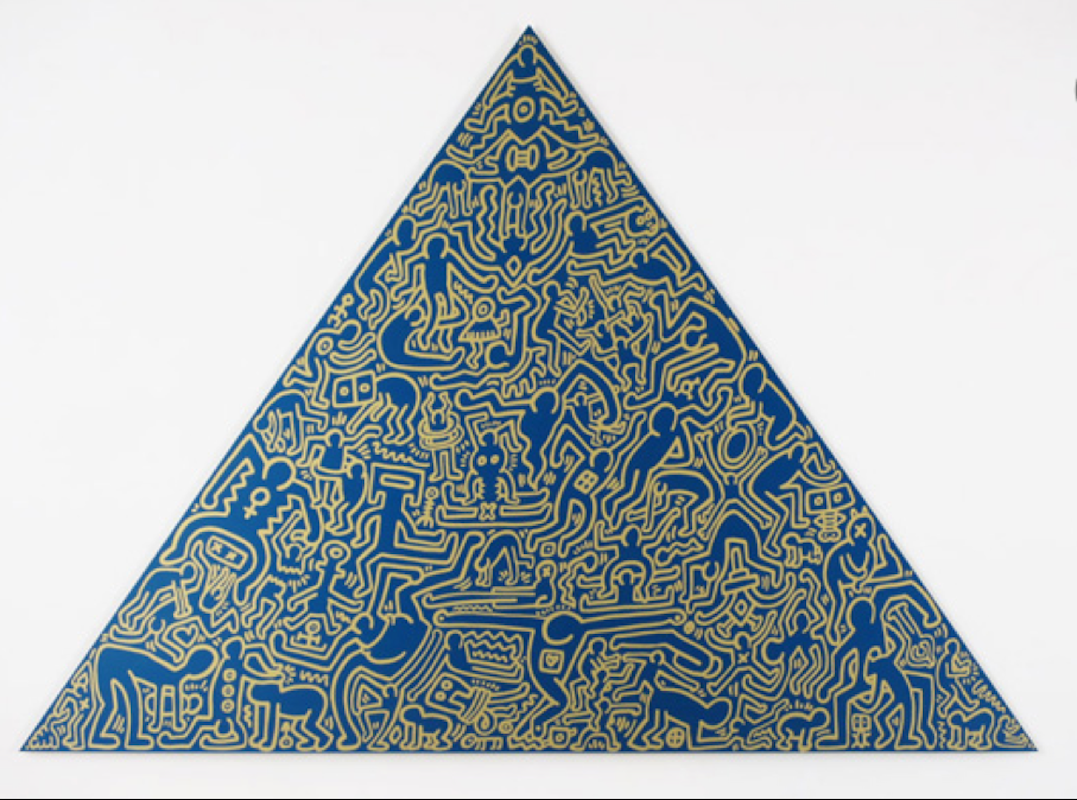 Having developed a love for drawing at a very early age, Keith Haring gathered inspiration from the popular culture around him to create hundreds of unique drawings which could be found on billboards, in display windows, rooftops but most notably in the New York subways. Keith Haring’s drawings allowed him to communicate with a much larger audience and the subway stations became a ““laboratory” for working out his ideas and experimenting with his simple lines. Keith Haring is recognized for his exclusive use of black and white, and typical use of primary colors, the figures were simplified, and easily recognizable as his. They formed glyphs that could be read, like an urban, tribal language.