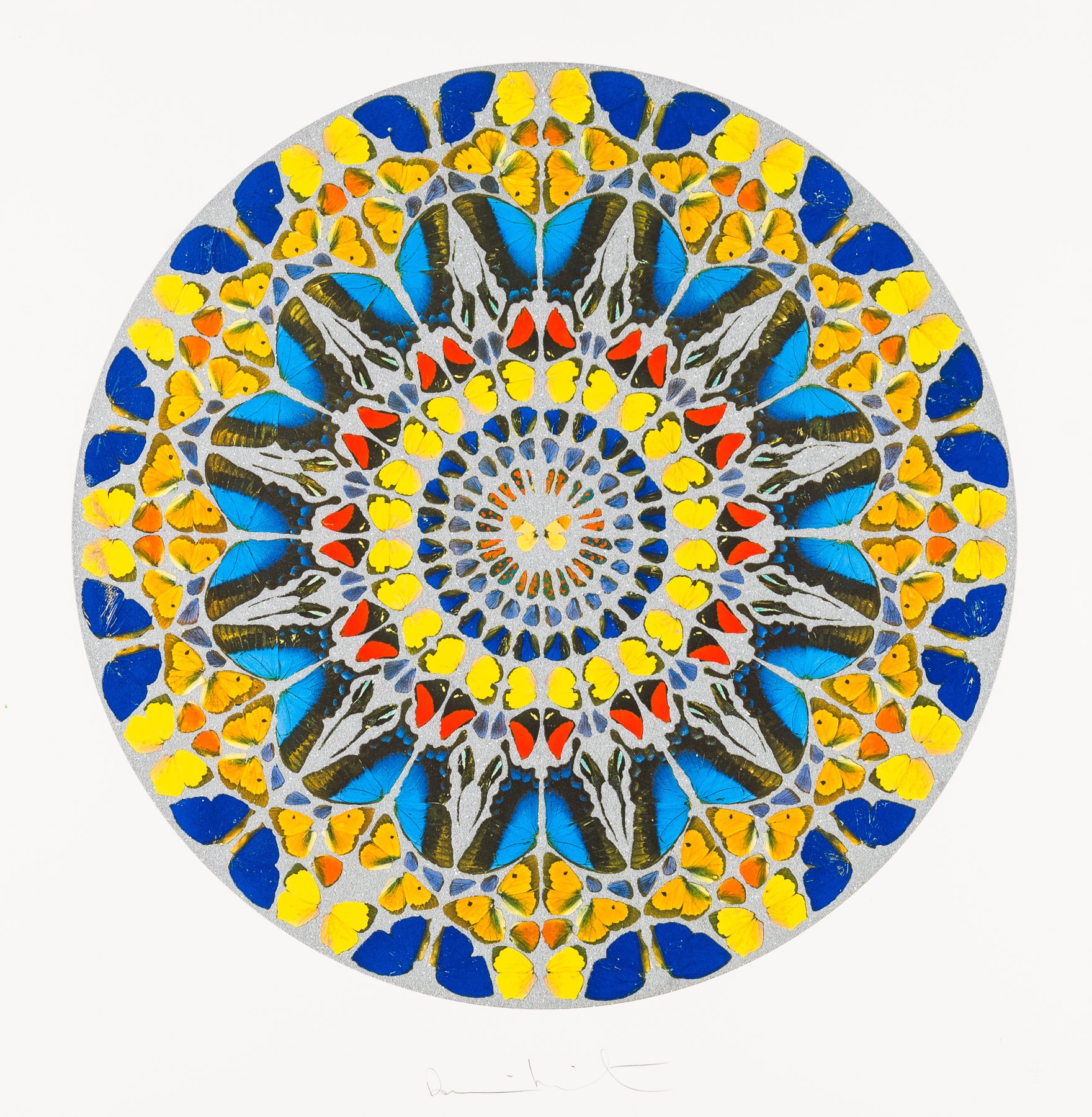 Hirst explains that, “mathematically, with the spot works, I probably discovered the most fundamentally important thing in any kind of art. Which is the harmony of where color can exist on its own,interacting with colors in a perfect format”.