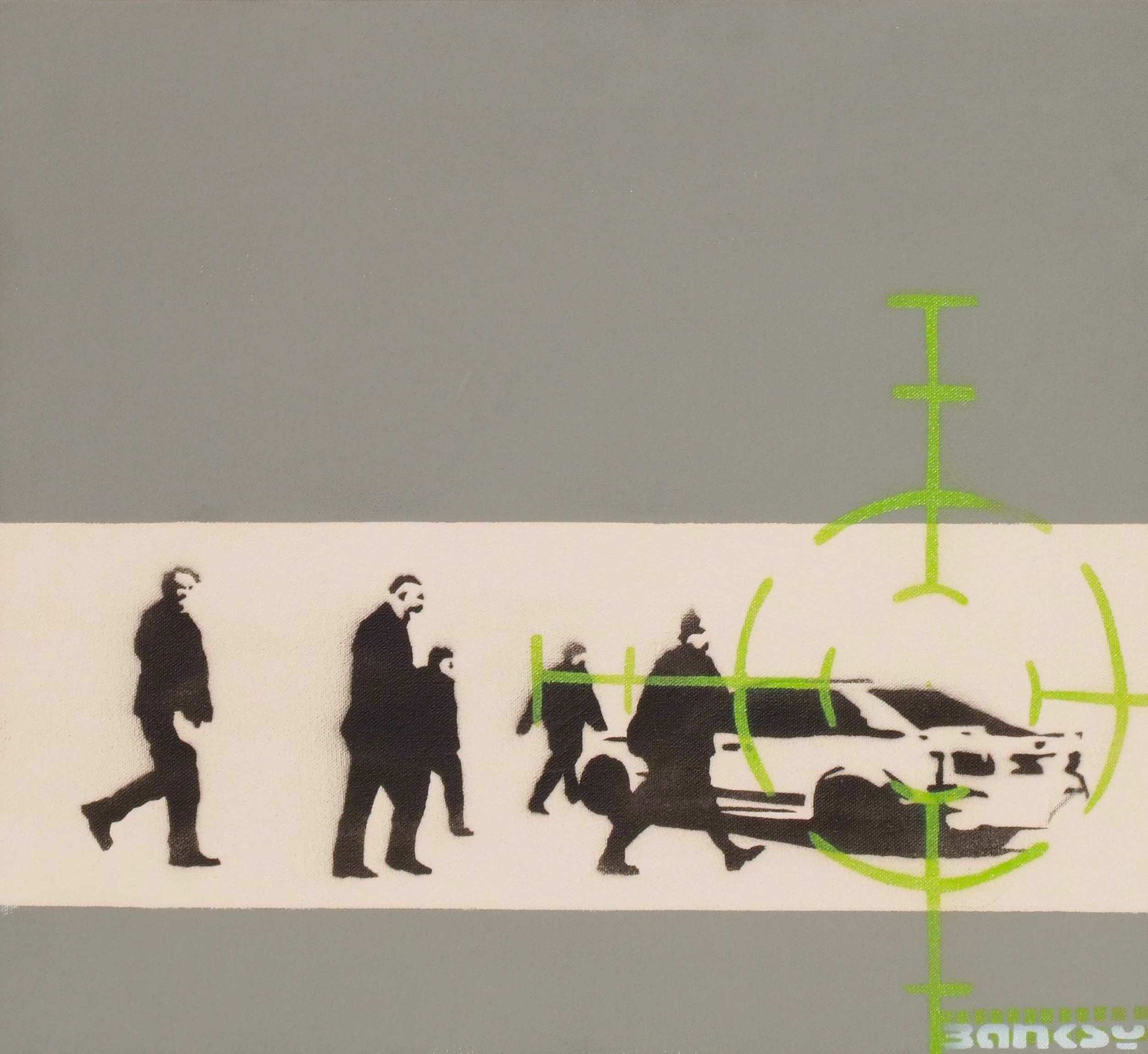 An early canvas, dating back to 2000, ‘Precision Bombing’ presents the viewer with the image of a group of silhouettes and a sports car which is being targeted by a green precision gun pointer.

Commenting on war, violence and the state of terror, Banksy illustrates the ever-present treachery which dominates the 21st century.

Banksy, the worlds most famous and most secretive graffiti artists, translates his notorious style into bold works on canvas.