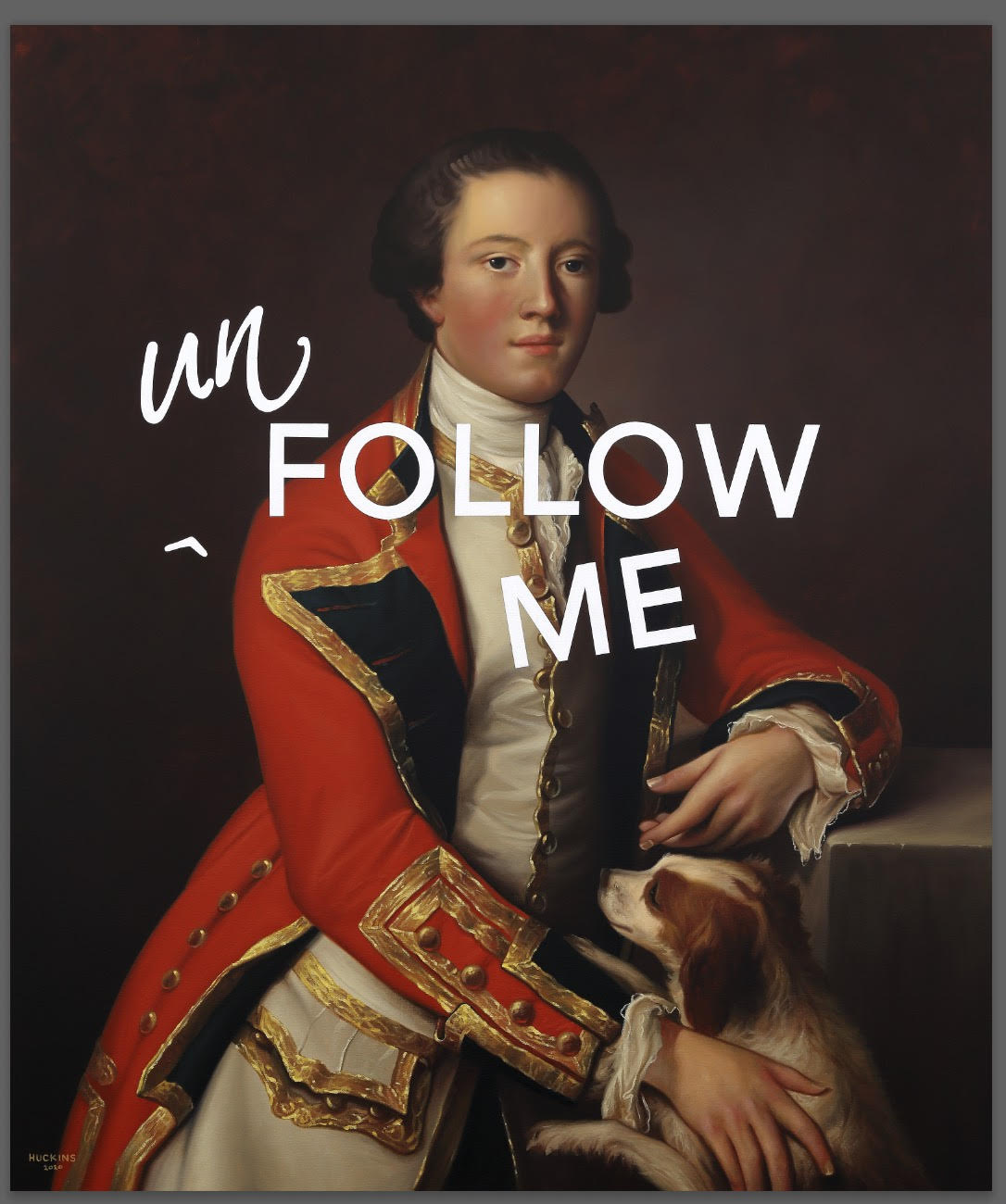 Portrait on A Young Gentleman: UnFollow Me by Shawn Huckins

Portrait on A Young Gentleman: UnFollow Me by Shawn Huckins

For more information on work like Portrait on A Young Gentleman: UnFollow Me by Shawn Huckins, contact info@guyhepner.com.