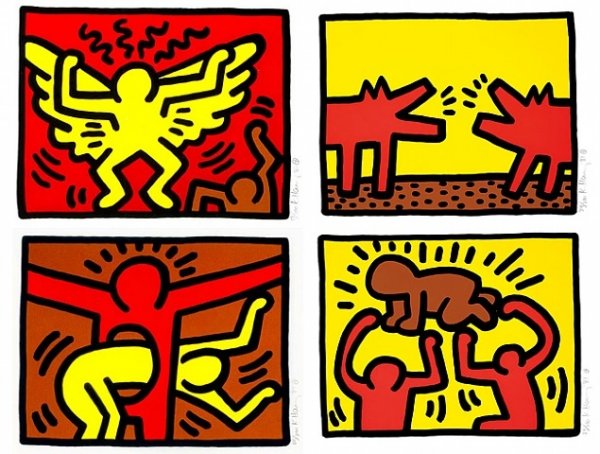 His work is about birth, death, sex and war – very fitting for the period in which he lived and worked. Keith Haring was openly gay at a time when most non-heterosexuals kept their sexual proclivities behind closed doors. Part of Haring’s importance as an artist was how his art raised awareness of AIDS. Many of his works were featured in the Red Hot Organization’s efforts to raise money for AIDS research and AIDS awareness. Keith Haring himself died of AIDS in 1990 at age 32.