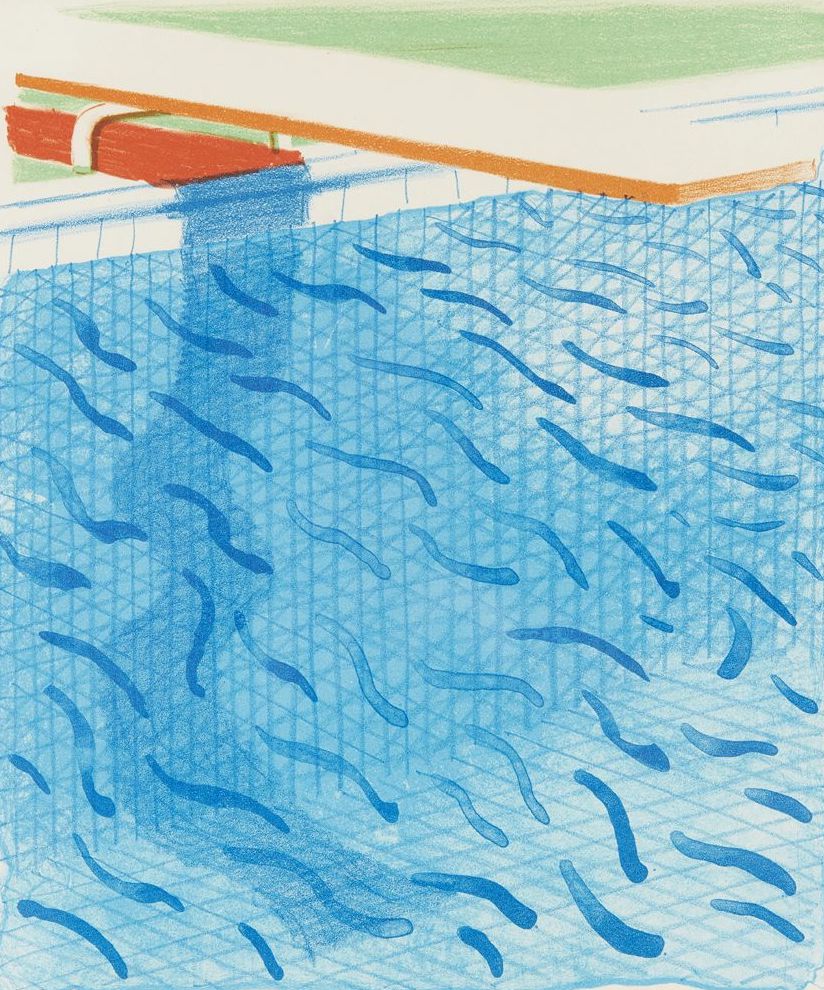 Pool Made with Paper and Blue Ink by David Hockney