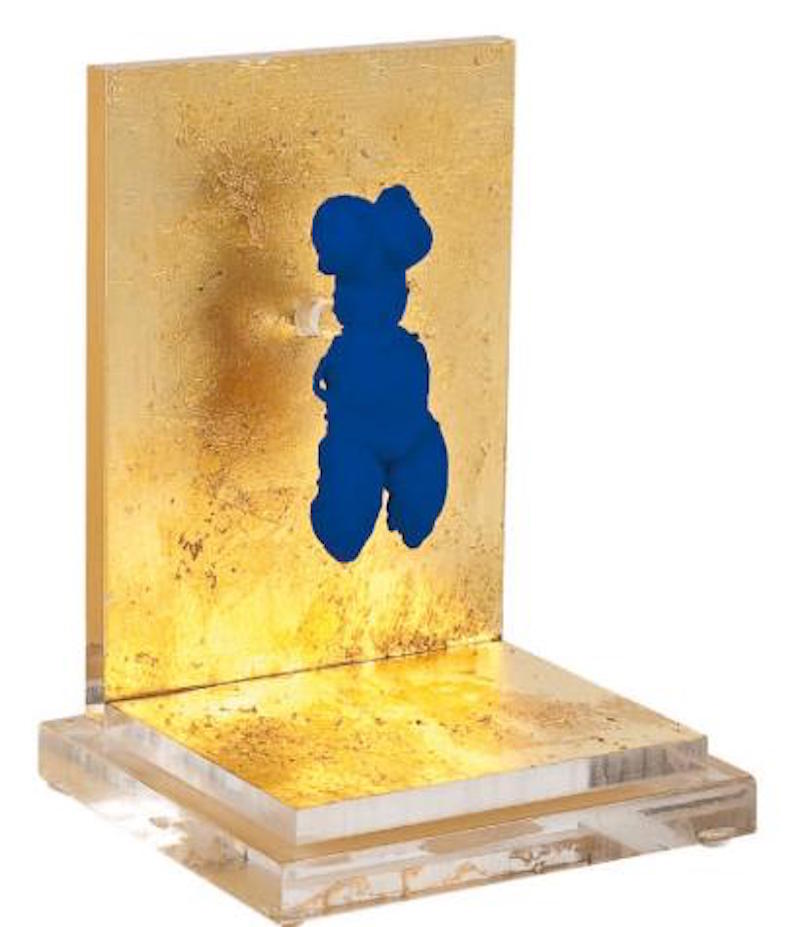 Petite Vénus Bleue (1956/57) by Yves Klein features a brass pin covered in International Klein Bleue (IKB) pigment and shaped as one of Klein’s Vénus Bleue figures. This is enclosed in an acrylic box that is removable.

This work is from an edition of 500 and each example features the etched edition number on the back of the pin. The multiple was published by his estate under T.A.T Arts & Stéphane Klein with whom we work directly.